Enerkem says their alternative fuel product will reduce greenhouse gas emissions by 93 per cent in air transport per unit of fossil fuel replaced by SAF. 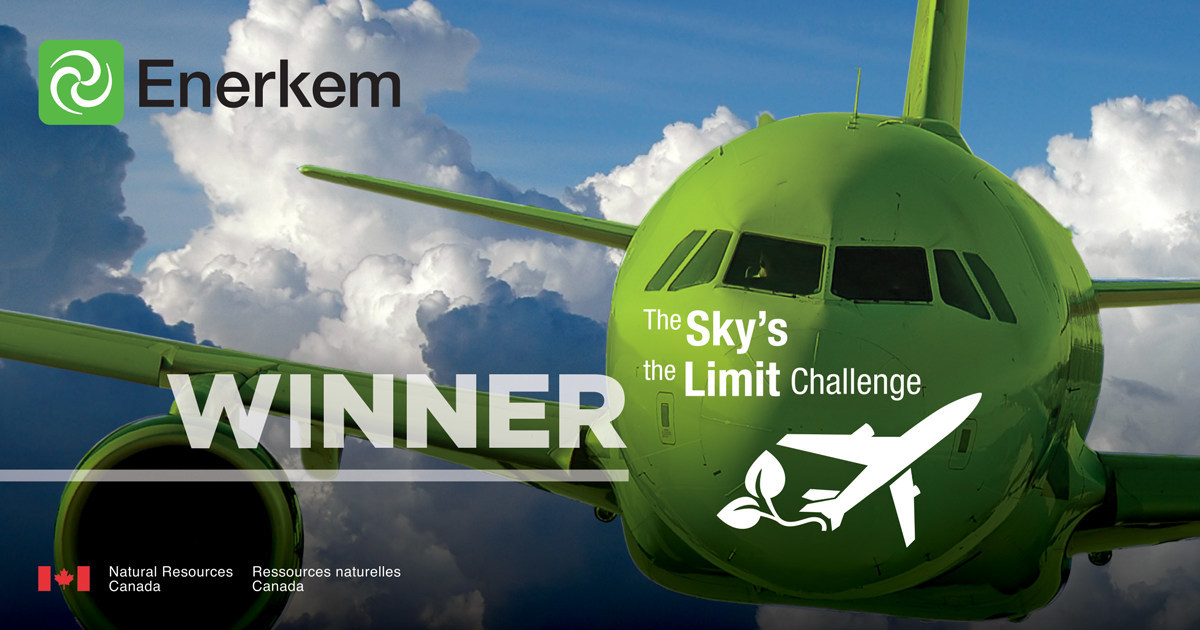 MONTRÉAL — Enerkem has won “The Sky’s the Limit Challenge,” hosted by Natural Resources Canada and selected from among four finalists.

The company, in partnership with CRB Innovations, earned this award for its production of sustainable aviation fuel (SAF) created from forest biomass carbon.

The award constituted a $5 million grant to help Enerkem commercialize its fuel.

According to Enerkem, their alternative fuel product will reduce greenhouse gas emissions by 93 per cent in air transport per unit of fossil fuel replaced by SAF.

“I’m extremely proud of the recognition we’ve received from winning ‘The Sky’s the Limit Challenge,'” said Dominique Boies, CEO and CFO of Enerkem in a statement.

“In order to reduce the carbon footprint of commercial aviation, we joined forces with CRB and devised a realistic approach based on recognized technologies and using our abundant forest resources in a sustainable way. This was our solution’s core strength, as confirmed by the competition’s panel.”

“The Sky’s the Limit Challenge” is a national competition with the goal of providing incentives for developing clean, sustainable and economically viable aviation fuel in Canada. Ultimately, the intention behind this awards program is to help the commercial aviation sector to reduce its carbon footprint.

Enerkem says it conducted most of its research at their Innovation Centre in Westbury, Que. CRB deconstructed and fractioned the biomass into recoverable intermediaries. Both companies then applied these intermediaries to their research which enabled the production of the alternative aviation fuel.