The move is an abrupt U-turn for the company, which sunk $120 million into the site in southern Nevada before halting work last month 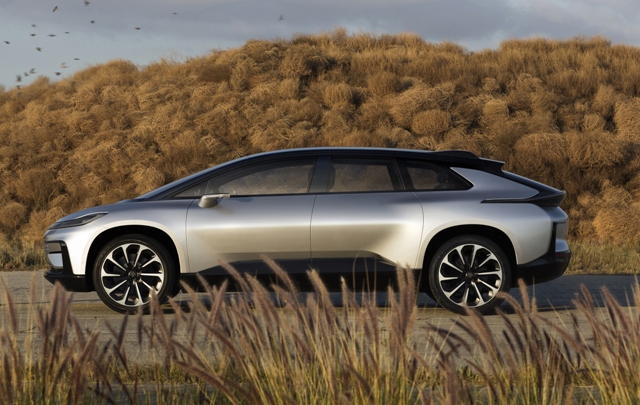 The company is planning to introduce its first vehicle, the FF 91 at the end of 2018. PHOTO: Faraday Future

LOS ANGELES—Electric car maker Faraday Future says it has decided to build vehicles at an existing factory in California.

The move comes less than a month after the company scrapped a plan to build a $1 billion factory in Nevada—a move experts said could be a sign of trouble at the upstart automaker.

Faraday said Aug. 7 it signed a lease on a 1 million-square-foot (93,000 square meters) factory in Hanford, California, about 200 miles (320 kilometres) north of its Los Angeles headquarters.

In early July, the company ditched its plan to build a manufacturing plant in North Las Vegas, Nevada, despite spending $120 million to develop the site.

Faraday says it can get to market faster with an existing factory. The company wants to start selling its first vehicle, the luxury FF 91, by the end of 2018.

The company said the plant will eventually employ up to 1,300 employees over three shifts.