NEW YORK—Delta Air Lines is on track for its fourth straight annual profit, its best stretch since the six years ended in 2000.

Its passengers file fewer complaints about lost bags and late flights than those flying its rivals. Delta’s merger with Northwest is considered a blueprint for combining airlines.

That performance has come under the guidance of CEO Richard Anderson, who started as CEO in 2007, just after Delta exited bankruptcy protection, and just before fuel prices jumped and the Great Recession began.

But Anderson says he isn’t the only one with the answers: “The senior management team hunts as a pack,” he says. 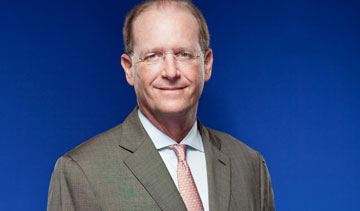 The hunt has led to opportunities in some key markets. In New York, Delta has raised its passenger count by 10 per cent in the past three years and is challenging United as the dominant airline there. Delta’s partnership with Virgin Atlantic will give it a bigger share of the New York-London route, the world’s busiest.

The pack also ventured into uncharted territory for an airline. Management took the unusual step of buying an oil refinery, in an effort to exert some control over the price of jet fuel. At $12 billion, fuel is Delta’s biggest annual expense. Delta also added in-flight Internet access faster than other airlines.

In an interview at The Associated Press headquarters in New York, Anderson and Delta President Ed Bastian talked about how Delta initially considered buying an oil company before settling on the refinery, how it restored its reputation and how passengers may eventually see security wait times of no more than 15 minutes. Here are some excerpts:

AP: Have you made enough progress over the last decade to eliminate, or at least ease, the boom and bust cycle in airlines?

BASTIAN: 2012 was the third straight solidly profitable year for Delta, and we’re off to a good start in 2013. Our return on invested capital was over 10 per cent for the last several years. We’ll probably do a little better than that (this year), a low double-digit return, which is something that has never been seen from one company, much less the industry. Consolidation has had a lot to do with that. We think consolidation is still in the relatively early stages, with more to come that will provide more stability.

One of the things that’s allowed for that stability is higher fuel prices. Candidly, while we hate where fuel prices have gone, it’s become our new normal, we’ve had to plan for it. It requires us to be disciplined about the supply we put out, about the offerings we provide. It requires us to be as productive as we can. It also means the new entrants that historically have disrupted the industry have a difficult time financially.

AP: Whose idea was it to buy an oil refinery?

ANDERSON: Well, we actually first started looking at buying an oil company. We didn’t have one picked out. You’ve got to take control over every aspect of your business. You can’t let any of your suppliers dictate the way the refiners were dictating to us. Our business model has to capture the full cost of fuel, but when it’s $12 billion, you’ve got to invest and figure out how you’re going to keep that cost under your control. We talked about oil companies, we talked about refineries. It took us a couple of years, but then this one came on the market for the price of a 787.

AP: How often do you check your stock price?

ANDERSON: You know, some days I don’t check it. You know what I check more than that? I check fuel and crack spreads, unit revenue and how the airline is running.

AP: I realize that you’re not gassing up the planes.

ANDERSON: I live a normal life like you guys do. I get up in the morning and drive to work and get to work and have meetings. I live close to the office, so my trip is 15 minutes. Atlanta may have a traffic problem but it doesn’t have a New York problem. I get up really early, do my email, and drink coffee with my wife, pet the dog, get in the car, drive to work, drink coffee on my way to work, get in the office and bother Ed.

AP: As you fly around, where do you sit?

ANDERSON: I was in row 28 coming up here. I wear my badge. And I fly in coach.

AP: And enough people know what you look like?

ANDERSON: Oh, yeah, because of that movie. (Anderson introduces the pre-flight safety video). That’s when you get the newspaper and kind of go like this (raises imaginary newspaper over his eyes).

AP: Do you always fly coach, even on long-haul to Asia?

AP: You were once a prosecutor. How do you get into this mindset?

ANDERSON: Well, just when you’re a bad lawyer, you’ve got to be able to do something more productive. … I’ve done a lot of different things. Lawyer. I even spent time as the chief counsel to the criminal trial court judges in Houston. United Health Group was a lot of fun.

AP: What have you learned about managing from all those jobs?

ANDERSON: It’s probably just a mishmash of a lot of little rules. Always return your phone calls promptly, always be on time for your meetings. Always be the person that people look forward to go into a meeting with. Don’t ask people to do things you wouldn’t do. Be kind to people. I don’t know—it’s probably how you were raised or something. I was raised in a very big Catholic family, so you know, you were taught to be polite.

I never took a business course in school. I didn’t take an accounting class in school. I thought I was going to practice law, but I got married and had children. My mother and father died from cancer, my dad, when I was 20, my mom when I was 21, after long illnesses. I just didn’t have any money.

So I went to night law school. You get out and you go, ”Well I’m just going to practice law.” Then you get married and have a child and you’ve still got student loans. Sue said, ”When are we going to ever pay off these student loans?” So, you know, I think life is serendipitous in that regard.

AP: Did you get those student loans paid off?

ANDERSON: I did, finally, but I was the vice-president at Northwest Airlines. It took a while.

ANDERSON: No. As you learn at airlines, there’s no such thing as prudent debt. That’s the lesson, we’ve learned it.