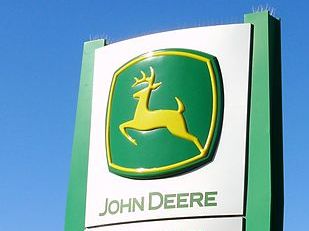 Deere has been contending with slumping agricultural machinery sales for some time. Falling commodity prices have made farmers less likely to buy new equipment. Declining oil prices have also affected its construction equipment sales. In November the company announced that it was laying off about 220 workers.

But Deere has been effectively managing its costs. In the first quarter, total costs and expenses declined to US$5.17 billion from $5.82 billion.

This beat the 71 cents per share that analysts surveyed by Zacks Investment Research expected.

Sales for the agriculture and turf unit dropped 12 per cent in the quarter. Construction and forestry division sales fell 23 per cent.

The company predicts equipment sales will drop approximately 8 per cent in the second quarter.