Containing the coronavirus effects on the nervous system 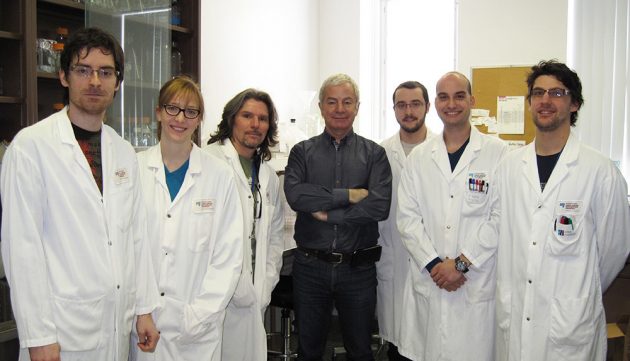 MONTREAL and LAVAL, Que. — A number of studies have shown that human coronaviruses, including SARS-CoV-2 which causes COVID-19, appear to attack neurons and the nervous system in vulnerable populations. This neuroinvasion through the nasal cavity leads to the risk of neurological disorders in affected individuals. Research conducted at the Institut national de la recherche scientifique (INRS) has identified ways to prevent the spread of infection within the central nervous system (CNS). The study, led by Professor Pierre Talbot and his research associate Marc Desforges, now at CHU-Sainte-Justine, was published in the Journal of Virology.

The research team is the first to make the demonstration of a direct link between neurovirulence, protein S cleavage by cellular proteases and innate immunity. This antiviral immunity arises from the production of interferons, frontline proteins that help to detect early the presence of the virus.

“Using a common cold coronavirus, similar to SARS-CoV-2, we were able to show that cleavage of the S protein and interferon could prevent its spread to the brain and spinal cord in mice,” said Professor Talbot, who has been studying coronaviruses for nearly 40 years.

According to Marc Desforges, currently a clinical specialist in medical biology at the CHU-Sainte-Justine virology laboratory, the cleavage of the S protein by various cellular proteases is essential for these viruses to effectively infect cells and spread to various organs and systems in the body, including the central nervous system (CNS).

“Our results demonstrate that interferon produced by different cells, including olfactory receptors and cerebrospinal fluid (CSF) producing cells in the brain, could modulate this cleavage. Thus, it could and does significantly limit the viral spread in the CNS and the severity of the associated disease,” says the specialist who worked for 16 years as a research associate at the Armand-Frappier Health Biotechnology Centre of the IRNS.

Taken together, these results point to two potential antiviral targets: protein S cleavage and effective interferon-related innate immunity. “Understanding the mechanisms of infection and viral propagation in neuronal cells is essential to better design therapeutic approaches,” says Talbot. This is especially important for vulnerable populations such as the elderly and immunocompromised. ” This discovery opens the door to new therapeutic strategies.