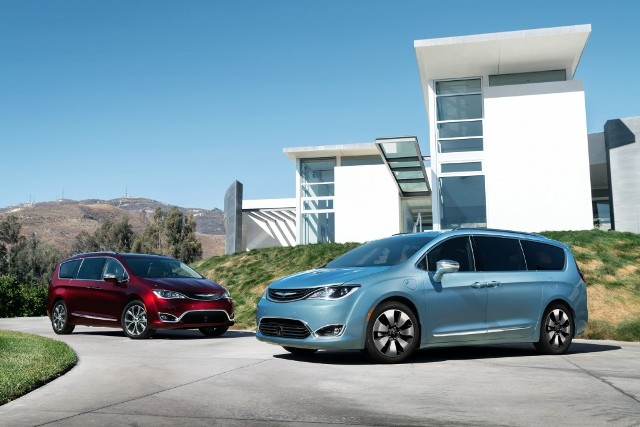 The redesigned minivan will premiere at the Canadian Auto Show Feb. 12. PHOTO: FCA

The re-imagined minivan, sporting a sleek front-end, is the product of a $2 billion investment in the company’s Windsor Assembly Plant. The vehicle is being built on an entirely new platform and will eventually hit the market with both gas and hybrid models.

The Pacifica’s latest incarnation—after a brief first life as a mid-sized crossover between 2004 and 2008—will attempt to boost the ailing minivan segment. Chrysler has touted the vehicle as being 240 pounds lighter than the automaker’s previous van and has nearly 200 cubic feet of interior space.

The project, which includes 37 “minivan firsts” has kept nearly 5,500 employees busy at FCA’s 4.4 million square-foot Windsor plant after an 14-week shutdown in early 2015 that paved the way for the new model. The automaker said the upgrades will allow the Windsor plant to continue its three-decades-long tradition as Chrysler’s main minivan production facility.

The Pacifica will hit the floor of the Canadian International Auto Show, which runs from Feb. 12 to Feb. 21, later this week. The vehicle is then slated to reach showrooms by the spring and dealerships by the fall.