Capping $1 billion investment in assembly plant, new Pacifica Hybrid gets 84 miles per gallon, can travel up to 53 kilometres solely on electric power 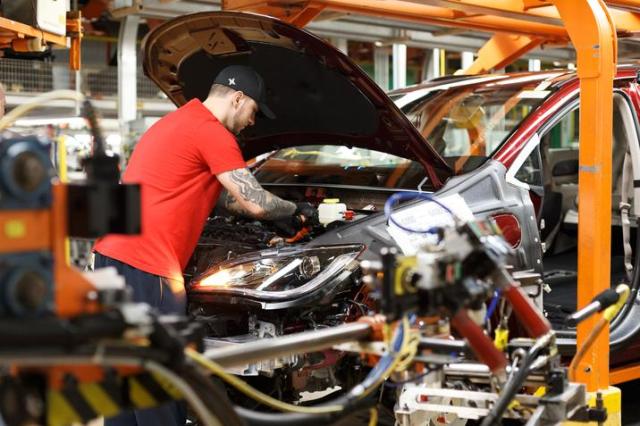 Chrysler began producing the Pacifica hybrid last week. The minivan rates at the equivalent of 84 miles per gallon. PHOTO: FCA

Fiat Chrysler Automobiles launched the 2017 Pacifica Hybrid into production at the end of last week, capping a more than $1 billion investment in the Windsor Assembly plant and years of research to electrify the seven-seat family or cargo hauler.

“The nearly 5,900 employees at Windsor Assembly are bringing more than 33 years of minivan production knowledge and expertise to the launch of the Pacifica Hybrid,” Brian Harlow, head of Manufacturing for FCA North America, said. “They understand, now more than ever, how critical it is for our manufacturing processes to be directly connected to our diverse and expanding customer base.”

The Pacifica Hybrid is the first partially-electric vehicle produced at the Windsor, Ont. plant and follows the traditional gas-powered 2017 Pacifica into production. FCA chief Sergio Marchionne was on hand earlier this year as the Ontario manufacturing plant began production of the Pacifica Hybrid’s sister model.

Chrysler’s hybrid version will become the minivan segment’s first hybrid to hit the streets, boasting fuel mileage of 84 miles per gallon. With a 16-kWh lithium-ion battery tucked beneath the floor of its second-row seat, the van can travel about 53 kilometres, or 33 miles, solely on electric power.

“Minivan drivers travel an average of around 30 miles each day, meaning that most Pacifica Hybrid owners will be able to complete their daily activities solely on electric power,” said Tim Kuniskis, Head of Passenger Car Brands for Dodge, SRT, Chrysler and Fiat North America. “For those longer weekend trips, the 33-mile all-electric range combined with a full tank of fuel will deliver an expected total range of 566 miles, alleviating the potential of any range anxiety.”

In Canada, the Pacifica Hybrid will start at $56,495—though after applying provincial electric vehicle credits, such as a $14,000 Ontario incentive, it will retail for as low as $42,495. South of the border, the vehicle will retail for US$41,995 before applying a $7,500 electric vehicle federal income tax credit, which lowers the price to $34,495.

The new minivan is expected to roll out in dealerships across both countries over the next few months.