Bombardier to lay off 200 workers at Thunder Bay plant 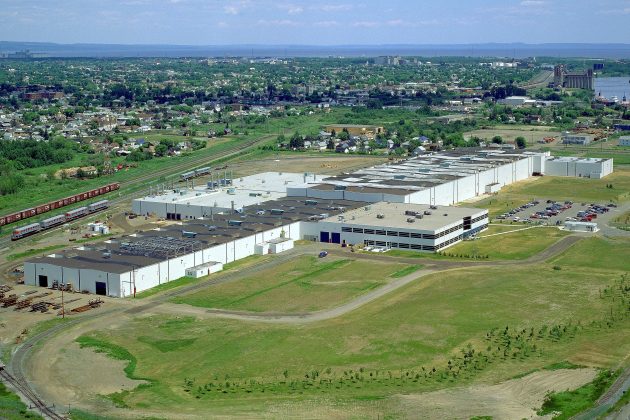 MONTREAL — Bombardier Inc. plans to lay off 200 workers at its plant in Thunder Bay, Ont., as the company ends production of ventilators and slows output of commuter trains for the Greater Toronto and Hamilton Area.

The layoffs will come in two phases. About 125 workers will be let go starting in early October and 75 more will be cut beginning in April, said David Van der Wee, chief operating officer at Bombardier’s rail division.

That will leave about 270 employees at the plant, which staffed 1,100 workers as recently as last year.

“We were halved, and now we’re being almost halved again. So it’s very significant,” said Dominic Pasqualino, president of the Unifor local unit, in an interview.

“Every one of those pieces of paper (layoff notices) has a family with an income that’s going to be lost.”

In April, Bombardier announced a contract to help produce 18,000 ventilators for the Ontario government at its then-shuttered plant near Lake Superior as part of the province’s response to the COVID-19 pandemic.

The factory is handling sanding, painting and assembly work on the equipment for Brampton, Ont.-based O-Two Medical Technologies, which manufactures respiratory care products.

The contract will wind down by the end of the year. A recent agreement to churn out 36 commuter cars for the GO Transit system in southern Ontario will wrap up in the second quarter of 2021, triggering the second round of layoffs.

While the Thunder Bay plant will start to make 39 bi-level rail cars for a consortium of US customers on the west coast next year, the work will be completed before the end of 2021, Van der Wee said.

“We’re really concerned about where the next contracts are going to come from,” he said.

“In a manufacturing system, it obviously takes a long time from when you make a decision and place an order to the time the work flows into the factory. It’s at least a year.

Bombardier has its sights on a potential contract for 60 Toronto Transit Commission streetcars in the medium term and for subway cars in the longer term as the province edges closer to breaking ground on the $5.5-billion Scarborough subway extension.

Van der Wee brushed off the Montreal-based company’s record on streetcar deliveries, which saw delay and repair problems plague its contracts with the TTC over the past decade.

“That is ancient history. We’ve really turned the corner,” he said, while acknowledging “issues earlier on in the program.”

Further concerns about the Thunder Bay facility’s fate hover over French rail giant Alstom SA’s preparations to complete its takeover of Bombardier’s train division. The deal is still expected to go through despite recent haggling by Alstom over the US$8.2-billion price tag.

“The possibility of Bombardier being bought by Alstom is there,” Van der Wee said. “The best thing we can do to position our factories going forward is to have committed orders in them when that transaction is complete.”