The Canadian plane and train maker may be looking to tie up its rail unit with the German conglomerate, Bloomberg reports 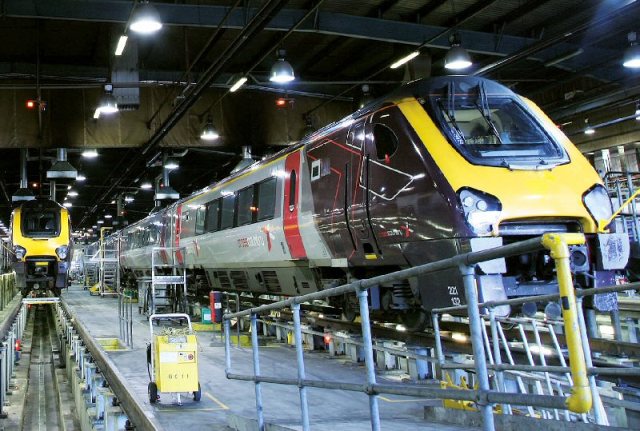 The potential joint venture could be worth more than US$10 billion. PHOTO: Bombardier

MONTREAL—Shares of Bombardier were up more than five per cent April 11 following a report that the company and Germany-based Siemens AG are in talks to merge their train businesses.

Citing unnamed sources it said were familiar with the matter, Bloomberg reported that the proposed joint venture could be worth at least US$10.6 billion.

Bombardier declined to comment and Siemens couldn’t be immediately reached.

Such a deal would require approval from antitrust authorities and could face opposition from unions over concerns about potential job cuts.

Bombardier shares rose 12 cents or 5.18 per cent at $2.34 in morning trading on the Toronto Stock Exchange.

Last year, Bombardier sold a 30 per cent stake in its transportation business to Quebec pension fund manager Caisse de depot for US$1.5 billion as it faced financial challenges caused in part by railway delays and the development of the CSeries commercial aircraft and Global 7000 business jet.

The potential tie-up comes as the Canadian company has been under significant public pressure for executive pay hikes.