The results for fiscal year 2016 were an improvement over 2015, when Bombardier's full-year loss was US$5.34 billion 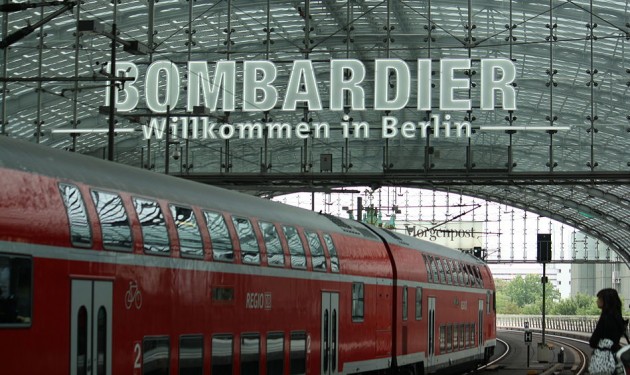 Bombardier’s troubles continue with its transportation division embroiled in a public spat with Toronto and its CSeries jet being sold at a discount to woo airlines. PHOTO: By Geogast, via Wikimedia Commons

MONTREAL—Bombardier Inc. says it had a US$981 million net loss last year.

That was an improvement over 2015, when the Montreal-based company’s full-year loss was more than five times bigger at US$5.34 billion.

Bombardier Aerospace, which is the world’s third-biggest aircraft manufacturer, has been struggling to launch its new generation of commercial jets—the CSeries—after more than a decade of preparations.

Meanwhile, the Bombardier Transportation mass transit division has been embroiled in a highly public dispute over a contract for a new rail line being constructed through mid-town Toronto.

The company is also the focus of a recently filed complaint at the World Trade Organization, after Brazil and its largest aircraft manufacturer accused the Canadian and Quebec governments of providing unfair financial assistance to Bombardier.

Fourth-quarter revenue was down 12.7 per cent to $4.38 billion from $5 billion a year earlier.