Fiery blast in North York forced thousands from their homes, wreaked havoc on transit routes and left one employee dead in summer of 2008 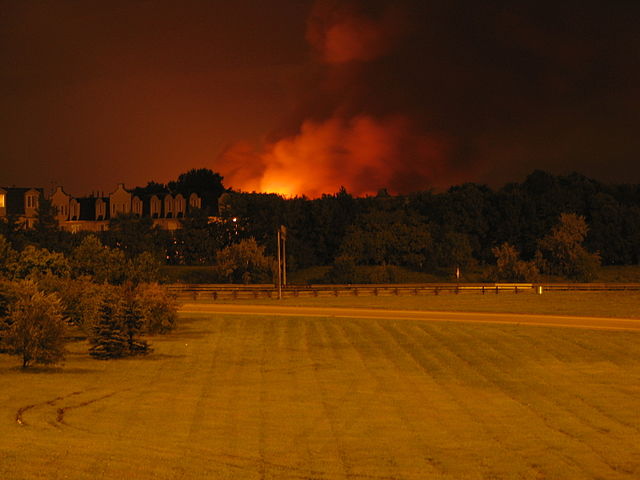 TORONTO—A fiery explosion at a Toronto propane plant that forced thousands out of their homes in the dead of night and claimed the life of an employee caused “unprecedented” devastation, an Ontario judge ruled in imposing $5.3 million in fines against the company and its directors.

Sunrise Propane, which is no longer in operation, has two years to pay $5.1 million, while its directors Shay Ben-Moshe and Valery Belahov have three years to each pay $100,000, Justice Leslie Chapin said Monday.

“The sheer magnitude of this event was unprecedented in Ontario at the time,” Chapin said in describing the “widespread and devastating” effects of the Aug. 10, 2008 blast.

Though the disaster has since been eclipsed by the deadly train derailment in Lac-Megantic, it remains significant enough to warrant serious fines, the judge said.

That the defendants behaved recklessly and were motivated by a desire to cut costs were among the aggravating factors, she said.

Prosecutors had sought more than $7 million in fines against the Sunrise Propane and its leaders.

The company, Ben-Moshe and Belahov were found guilty in June 2013 of nine provincial offences related to the explosion that launched fireballs into the sky, filled the air with smoke, shattered windows and coated lawns in toxic asbestos.

Twenty-five-year-old employee Parminder Saini died in the blast and a 55-year-old firefighter who responded to the emergency on his day off died of a heart attack.

The court ruled that Sunrise failed to provide safety training and a safe working environment, discharged a contaminant and contravened a number of provincial orders related to the cleanup after the blast.

The court also found that Ben-Moshe and Belahov failed to take all reasonable care to prevent the company from flouting those orders.

The company was cleared, however, of one count of failing to comply with a directive which involved notifying the Environment Ministry if it couldn’t or was unable to clean up after the blast.

The trial heard that, according to the government, the initial blast took place when propane vapours ignited during a risky truck-to-truck propane transfer.

The government shut down all three of Sunrise Propane’s facilities shortly after the incident.

Defence lawyer Leo Adler had pushed for lower fines, arguing his clients don’t have the money to pay millions of dollars. But Chapin said she had “no reliable information” to support that assertion.

She did, however, take the pair’s remorse over Saini’s death into account as a mitigating factor, along with the fact that they had no prior record of similar offences.