Unifor spokesman Mike Van Boekel, says he expects it will take General Motors of Canada (GM), which owns the plant, about a day to analyze the proposal 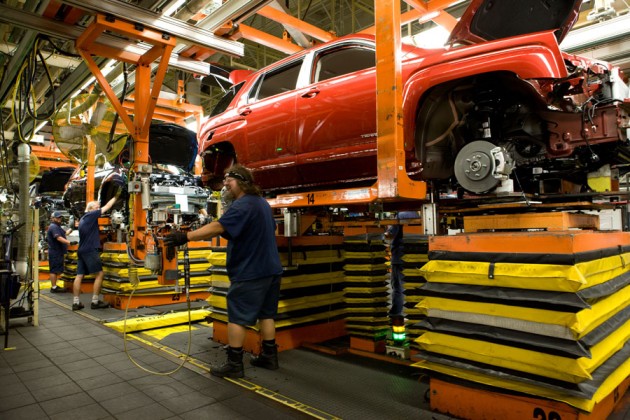 TORONTO—The union representing 2,500 striking workers at GM Canada’s CAMI assembly plant in Ingersoll, Ont., says the company has yet to respond to a comprehensive proposal put forward on the weekend.

Unifor spokesman Mike Van Boekel says he expects it will take General Motors of Canada, which owns the plant, about a day to analyze the costs of the proposal.

He wouldn’t discuss what’s in the formal proposal, put forward about a week after employees went on strike on Sept. 17.

However, the union has said it wants the company to designate the CAMI plant as the lead producer of the Equinox sport utility vehicle—currently the only product built at the plant.

Job security has become more of an issue for the union since GM shifted production of its Terrain SUV from the CAMI plant to Mexico earlier this year at a loss of more than 400 jobs.

A General Motors spokeswoman acknowledged in an email that the company is engaged in discussions with Unifor but provided no detailed response to its proposal.

A GM plant in St. Catharines, Ont., one of the Ingersoll plant’s parts suppliers, has laid off some workers because of the CAMI strike.

“Only a portion of the (St. Catharines) plant is impacted and we are working to minimize the impact,” GM spokeswoman Jennifer Wright said in an email.

Unifor announced last week that it had been told at least 255 of the 350 union workers at the St. Catharines plant would be laid off starting Monday.