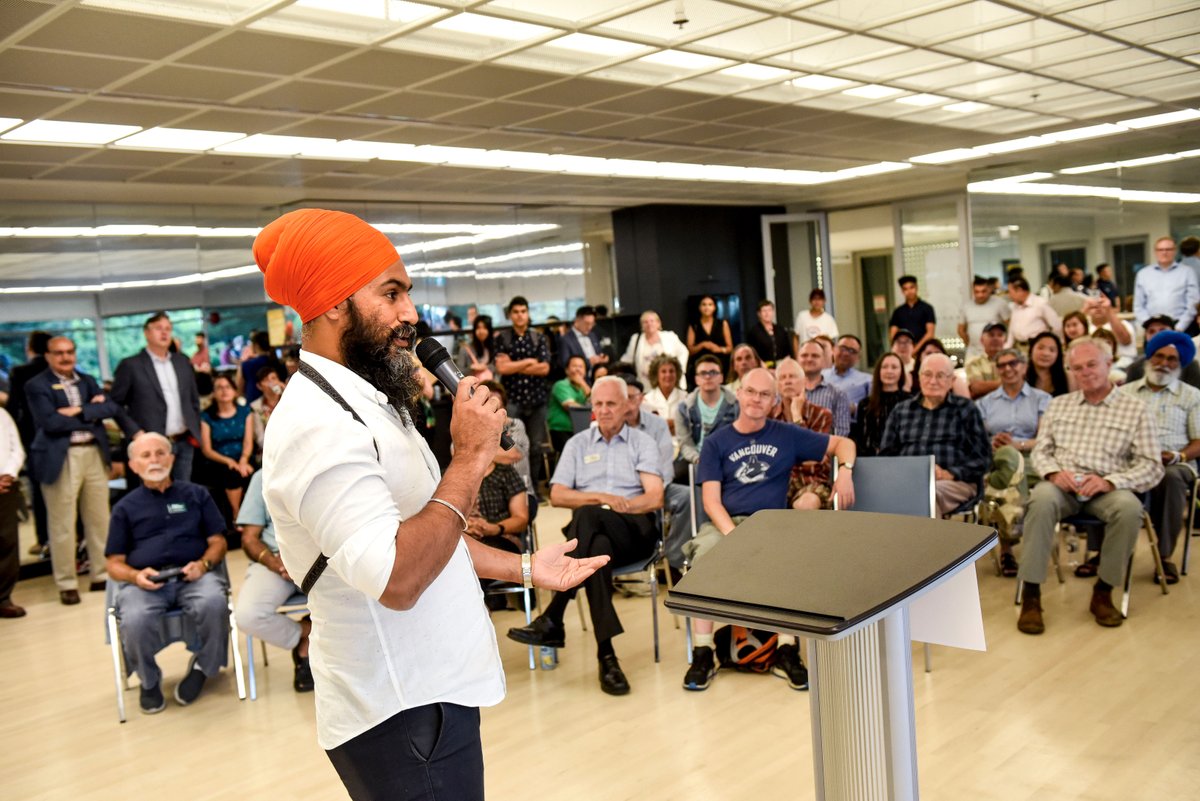 OTTAWA – The federal New Democrats have settled on “In it for You” as their slogan for the upcoming federal election campaign.

They’re launching it with a new advertisement featuring leader Jagmeet Singh saying he’s different from the other leaders. Not because he’s the first visible-minority leader of a major party and wears a turban, but because he doesn’t work for “the wealthy and the well-connected.”

Instead, he says, he and the NDP believe “that government should work for all of us.”

The New Democrats’ slogan has some of the same direct appeal to voters’ own interests as the Conservatives’ “It’s Time for You to Get Ahead,” and Singh promises to tackle the cost of living in addition to health-care challenges and climate change.

The Liberals have announced that their slogan is “Choose Forward,” meaning to contrast their vision with the Tories’ promises to undo policies such as the carbon tax.

In his ad, Singh takes an apparent dig at the Liberals, promising that he’ll do the right things, not just say them.

The federal election is set for Oct. 21 and the parties are in full campaign mode, though Prime Minister Justin Trudeau hasn’t yet visited the Governor General to formally begin the process.