by Andy Blatchford and Allison Jones, The Canadian Press  June 23, 2016

As feds boost program to help low-wage earners adjust to higher premiums, Ontario seems to be slowly killing off its newly-introduced pension plan 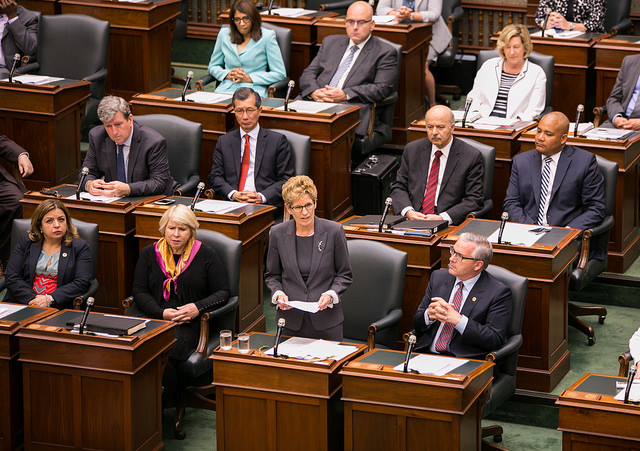 OTTAWA—The federal government estimates it will cost taxpayers $250 million per year to offset the additional financial burden that expansion of the Canada Pension Plan will eventually place on low-income earners.

Ottawa and the provinces reached an agreement-in-principle this week to gradually increase CPP premiums as a way to boost the program’s benefits for future generations of retirees.

The Finance Department projects that change will cost about $250 million annually once the CPP premium increase has been fully phased in.

The federal government also says it will allow the provinces to make specific changes to the tax benefit so it’s more harmonized with their own programs.

Due to this, Ottawa says it will continue working with the provinces and territories before implementing the adjustments to the tax benefit.

The Canada Revenue Agency describes the tax benefit as a refundable tax credit that provides relief for low-income individuals and families who are already in the workforce. The agency also says the benefit encourages others to enter the workforce.

Earlier this week, every provinces except Quebec and Manitoba agreed to the deal to expand the CPP. The agreement states that CPP premium increases on workers and employees will be phased in over seven years, starting on Jan. 1, 2019.

Premier Kathleen Wynne had been pushing for years for an enhancement to the Canada Pension Plan, but established a made-in-Ontario solution when it appeared that wouldn’t happen under the previous federal government.

With the CPP deal in place, the Ontario Retirement Pension Plan, which was to start in 2018, is no longer needed, but the minister responsible for the file said June 22 there is no timeline for winding down the ORPP.

Neither she, nor the finance minister, nor the ORPP Administration Corporation would say how much would have to be paid in severances.

Saad Rafi, who was in charge of the Pan Am Games, was appointed as CEO in January with a salary of $525,000.

“There’s contracts and so forth out there, right, so we have to maintain that,” he said. “All those issues will come out in short order after we make the final decisions with regards to the ORPP and the CPP enhancement.”

The government has not yet said how much it has spent so far setting up the now-defunct ORPP, but expenditure estimates from the Ministry of Finance show that $14 million had been earmarked for 2015-16. Just $1.5 million in spending was projected for 2016-17 when the estimates were submitted in March, but the figures also show a $240-million loan to the corporation had been planned.