Bombardier CEO ends his silence on 5,000 layoffs, defends the move

"Yes, it is tough. And yes, many people do not like this. But the fact is we want to go and be a world-class organization, and we want to be at benchmark everywhere when it comes to revenue per employees," said Alain Bellemare 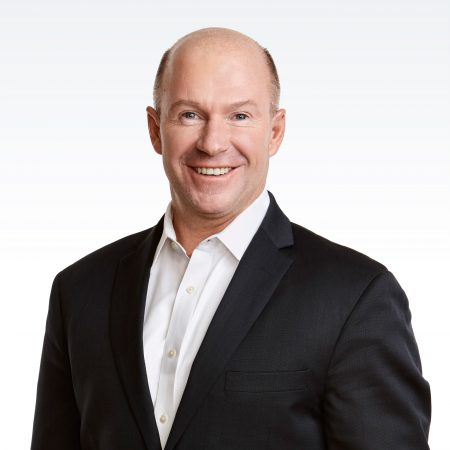 MONTREAL—The head of Bombardier Inc. is defending his move to lay off 5,000 workers—3,000 of them in Canada—citing efficiency while leaving the door open to more job cuts down the line.

“Yes, it is tough. And yes, many people do not like this. But the fact is we want to go and be a world-class organization, and we want to be at benchmark everywhere when it comes to revenue per employees,” chief executive Alain Bellemare told an investor conference in Toronto on Tuesday.

“We are going to keep leaning out this business.”

The comments were the first he’s spoken of the layoffs—or potential cuts ahead—since the airline announced major restructuring last Thursday.

Bellemare did not specify where or when the positions would be cut, though Bombardier has said 2,500 workers in Quebec and 500 in Ontario will lose their jobs as part of his five-year plan to rein in costs, focus on rail and business jets and reduce the net long-term debt of US$9 billion.

The restructuring, announced alongside Bombardier’s third-quarter earnings, is slated for completion within 18 months and for savings of $250 million annually.

The announcement comes after mass layoffs over the past three years, with about 14,500 positions cut around the world in the aerospace and railway divisions.

Union and opposition leaders decried the layoffs announced last week, with some demanding that executives renounce their salary bonuses.

Quebec Economy and Innovation Minister Pierre Fitzgibbon called a special meeting of industry and union representatives in Montreal Monday to discuss the layoffs and find a path back to employment for affected workers. Bellemare did not attend, dispatching a pair of Bombardier executives in his stead.

Despite agreeing to sell the Q-400 turboprops to Longview Aviation Capital for about US$300 million, Bellemare said he wants to keep making the airline’s CRJ regional jets to build up backlog, but will reassess later on.

“The answer today is we want to keep this line going,” he said. “We might look at partnering, if it makes sense.”

“This would have a significant impact on other employers,” he said, when asked about the effect of a shutdown or sell off.

“I think there is a lot of time to look at what can be done for this program before we face the facts and an announcement is made.”