by Canadian Manufacturing.com Staff  May 9, 2016 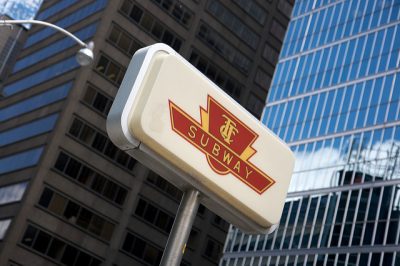 The 840 million infrastructure dollars will go toward maintenance and repairs throughout the TTC network. PHOTO: Marcin Wichary, via Flickr

TORONTO—As wildfires tore through infrastructure in Western Canada at the end of last week, Prime Minister Justin Trudeau was on Toronto’s east end announcing nearly $1 billion in federal assistance for the clogged and cash-strapped transit system in Canada’s largest city.

Trudeau said the federal government will direct $840 million to the Toronto Transit Commission for maintenance and repairs along some of the busiest transit corridors in the country.

As he fielded questions about developments in Fort McMurray, the PM said the infrastructure dollars will go toward signal upgrades on the Bloor-Danforth subway line, new buses, as well as numerous other maintenance projects.

Along with delays to major expansions such as the Spadina Subway Extension to York University, the TTC is juggling a number of other major projects. Construction crews have begun work on the Eglinton Crosstown light rail transit project, while the city mulls a possible Downtown Relief Line to ease congestion along the Yonge Street subway.

Joined by Toronto Mayor John Tory, Trudeau made the announcement at the TTC’s subway yard at Greenwood station May 6.


Related Stories
Ont.’s $28.5B transit plan will happen with or without the feds and Toronto: Ford [UPDATED]
Toronto Transit Commission to temporarily lay off 1,200 staff members
Trudeau kicks off Liberal infrastructure program with $460M B.C. transit deal
Uploading Toronto transit to the province would be a benefit to the city: Ontario Premier