The French manufacturer has committed to establish its North American headquarters that will supervise 13,000 employees in Montreal in the first year after concluding its deal to buy Bombardier’s railway division 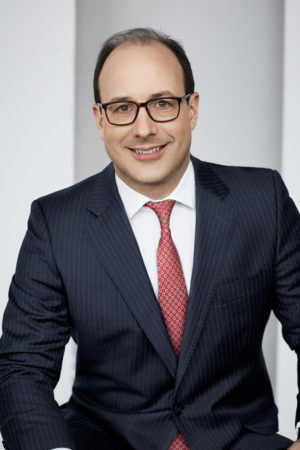 MONTREAL — It is rare for a company make commitments as specific as those written in “black on white” by Alstom as part of its offer for Bombardier Transportation, the new president and chief executive officer of the Caisse de depot et placement du Quebec said Feb. 20.

Rather than suggesting “monstrous lawsuits,” as Quebec Premier Francois Legault did this week in the event of breaches in its commitments, Charles Emond preferred to emphasize the precise nature of Alstom’s promises, as part of the unveiling of the pension fund manager’s annual results.

The Caisse generated a 10.4% annual return on investments in 2019 — its strongest return in five years — growing its net assets to $340 billion. But it missed its benchmark portfolio, which grew 11.9% due to a lacklustre performance of real estate and infrastructure assets and a focus on long-term stability.

“We have (obtained) black-and-white written commitments,” the former business banker told reporters. “In my experience of two decades doing (transactions), this is far from the norm. In fact, it is rather the exception.”

The French manufacturing giant has committed to establish its North American headquarters that will supervise 13,000 employees in Montreal in the first year after concluding its deal to buy Bombardier’s railway division. It will also set up a research centre and improve production at Quebec sites, where around 500 Bombardier and Alstom employees work.

The Caisse was involved in negotiations since it owns 32.5% of Bombardier Transportation. It will become Alstom’s largest shareholder with an 18% stake after the US$8.2 billion transaction closes as expected in the first half of 2021.

These written commitments were ratified by the board of directors of one of the largest French companies listed on the stock market, which makes Emond believe that there is “no concern” to have.

Emond wouldn’t disclose what the Caisse will do with its stake in Bombardier once the company only builds business aircraft — a cyclical sector that’s vulnerable to the vagaries of the economy that seems less of a fit with the institution’s strategy.

“I’m not going to comment too much because Bombardier remains an important player,” he replied. “After the transaction (with Alstom), Bombardier will remain one of the five largest industrial groups in Canada.”

Emond, who succeeded Michael Sabia as CEO this month, said he expects the coming decade to be more challenging than the past one, when investors rode “the longest bull market in history.”

He said the Caisse is aiming for caution amid a growing gap between real economic performance and a soaring stock market.

“Overall, CDPQ’s portfolio is built to be more stable over the long-term and less vulnerable to sharp market movements, so it is well-positioned to take on the headwinds that await us.”

In the past five years the Quebec pension giant has yielded investment results of $106 billion — an 8.1% return — with net deposits of $17.5 billion.

Its real estate holdings, which saw a 2.7% negative return on investment last year, suffered from the decline of shopping malls across the country — the Caisse owns 25 in Canada — and weaker residential real estate in New York following rent control regulations, the Caisse said Feb. 20.

The Caisse’s infrastructure portfolio return of 7.1% was well below the benchmark index return of 17.7%, which the Caisse says is due up to lower-risk assets with long-term promise.

The acquisition by Alstom is expected to come under intense scrutiny from antitrust regulators in the European Union, but Emond expressed confidence the deal would pass regulatory muster.

“I think we’ve got a very strong case to actually see this go through,” he told reporters.