The money comes from the Public Transit Infrastructure Fund, which was first announced in the federal 2016 budget 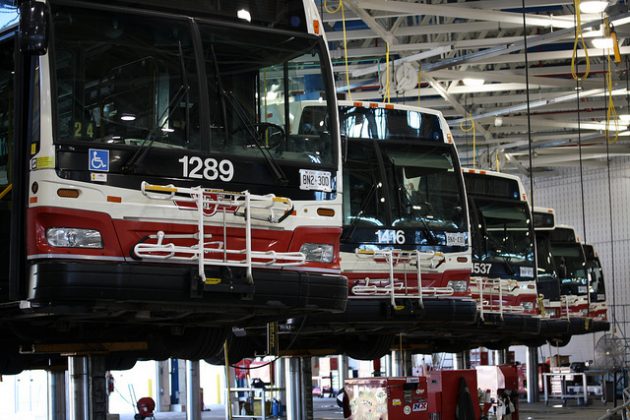 TORONTO—The federal government and City of Toronto will spend more than $930 million on purchasing new buses and refurbishing others.

Mayor John Tory and federal Infrastructure Minister Amarjeet Sohi on April 23 made the announcement at a press conference.

They say the money will pay for 1,043 new buses, while 695 more buses will be refurbished.

Tory says the city is spending more than $492 million, while the federal government is investing $442 million.

“Maintaining our existing bus fleet and adding more buses on our roads will bring transit into every neighbourhood of our city,” said Tory. “There is no area where collaboration and cooperation is more essential than in keeping our residents moving. Together, we will make Toronto’s transit system faster, stronger, safer and more accessible to everyone in every part of our city.”

The money comes from the Public Transit Infrastructure Fund, which was first announced in the federal 2016 budget.