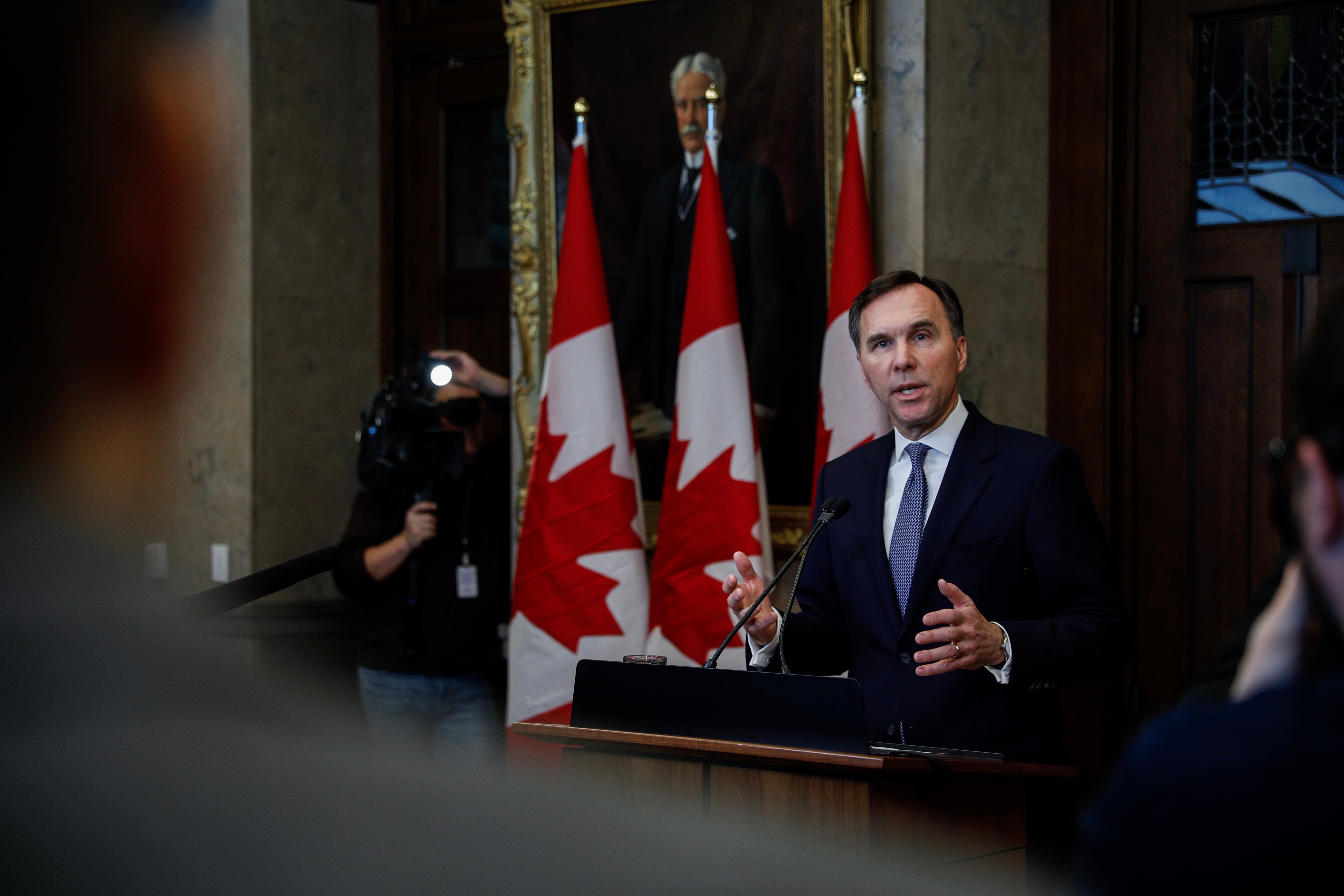 OTTAWA — Finance Minister Bill Morneau was told weeks into the Liberals’ second mandate that Canadians are most worried about affordability in areas where governments have a lot of power over prices — particularly child care.

The Canadian Press obtained the November presentation through the Access to Information Act.

Though wage growth has stayed ahead of inflation over the past 15 years, officials told Morneau that the costs of “highly visible items” like child care, education, and prescriptions have surged faster.

The documents note that “differences in policy prioritization” among provinces have led to wide gaps in affordability and access to child care.

Morneau was also provided policy options, but the recommendations were not released because officials say they are sensitive government advice.

The federal finance minister is weeks away from delivering his first budget of the Liberal government’s minority mandate, which he has said will prioritize climate change and easing Canadians’ worries about the cost of living.

Officials wrote that there is an argument to invest more in child care because of its connection to increases in women’s ability to work, and incomes.

The budget is supposed to include details on a Liberal campaign promise to create 250,000 before- and after-school care spaces. Combined with a pledge to cut fees by 10%, the Liberals estimated the measures would cost $535 million a year.

The presentation can be seen as making a case for more government action in areas where costs are determined by public policy _ unlike prices for things like clothes and gasoline, which are market-driven, said David Macdonald, senior economist with the Canadian Centre for Policy Alternatives.

“In that sense, affordability isn’t something the market can help with. Instead of getting government out of the way, we need to get it in the way of rising costs for Canadians,” said Macdonald, who studies the cost of child care in Canada.

Macdonald co-wrote a report in 2017 that surveyed child-care costs across the country. Although prices depend on the age of the child, spaces cost about $1,000 a month on average.

But the variation was huge among provinces: in Quebec, where the government subsidizes child-care very heavily, median fees were under $200 a month; in Toronto, a space for a pre-schooler cost $1,212 a month and one for an infant was $1,758 a month.

There are also expectations the budget will increase the value of the Canada Child Benefit for children under age one, a pledge the parliamentary budget officer estimated would cost $252 million in its first year.

Garima Talwar Kapoor, policy and research director at Maytree, an anti-poverty foundation, said child benefits are critical to increasing family incomes, but it is less clear how much they address child-care costs.

“If I were in government and were trying to address the child-care affordability challenges that families face, I’d ask whether further investments in child benefits … alleviate child care concerns, or whether systemic responses to child-care spaces are needed,” she said.

Inflation in housing costs has stayed just behind median wage growth, helped by “downward pressures from falling interest rates” that have lowered the cost of ownership, the presentation said.

Costs remain high in many cities owing to a shortage of places to buy or rent, though.

Finance officials calculated Toronto is the most unaffordable city in Canada, followed closely by Vancouver, in an analysis that compared average weekly wages in 12 cities once adjusting for the cost of living in each place.

Elsewhere in the country, there are “uncertain and regional effects of policy response on jobs and cost of living” when it comes to the federal approach to environmental concerns.

Looking ahead, about one-quarter of people nearing retirement might not have enough money to pay for their golden years, notably those without workplace pension plans, the document says. Meanwhile, even the expanded Canada Pension Plan may not “fully offset the decline in private pension coverage, leaving workers more exposed to risk.”

If people aren’t saving on their own for retirements, that might eventually reduce tax revenues coming into the federal treasury and increase money going out through old-age security payments, said Jennifer Robson, an associate professor of political management at Carleton University in Ottawa. That would be tough on the federal budget.

She said it’s not clear whether an expansion of the Canada Pension Plan — by raising benefit amounts but also premiums over time — will be enough.

“Government can actually do quite a lot for people at the bottom end who don’t have pensions,” Robson said, “but the ones that they tend to think about are the ones in the middle.”