Berkshire owns about 90 subsidiaries in a variety of industries, including insurance, utilities, railroads, retail and manufacturing 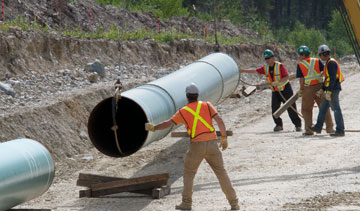 OMAHA, Neb.—Berkshire Hathaway Inc. revealed that it has made a new investment in pipeline operator Kinder Morgan and unloaded its stake in Chicago Bridge & Iron as part of several changes to its stock portfolio.

Warren Buffett’s conglomerate filed an update on its U.S. stock holdings at the end of the year with the Securities and Exchange Commission.

Berkshire did not report any shares of Chicago Bridge & Iron Co., which builds energy infrastructure projects. At the end of September, it held 1.98 million shares.

Buffett’s remarkably successful track record means that many investors look for ideas to copy in these quarterly filings.

But the combined filing also includes investments made by two other Berkshire executives who manage part of the company’s $132 billion stock portfolio.

That means it’s not always clear which investments Buffett made himself, but he has said previously that investments smaller than $300 million are likely to be the work of other Berkshire managers.

The Omaha, Nebraska-based conglomerate also made changes to several other investments during the quarter:

Besides investments in companies such as Coca-Cola Co., Wells Fargo & Co. and American Express Co., Berkshire owns about 90 subsidiaries in a variety of industries, including insurance, utilities, railroads, retail and manufacturing.