Who’s to blame when a self-driving car has an accident?

Self-driving cars are programmed to identify and avoid risk, but in the case of an accident, who is legally responsible? 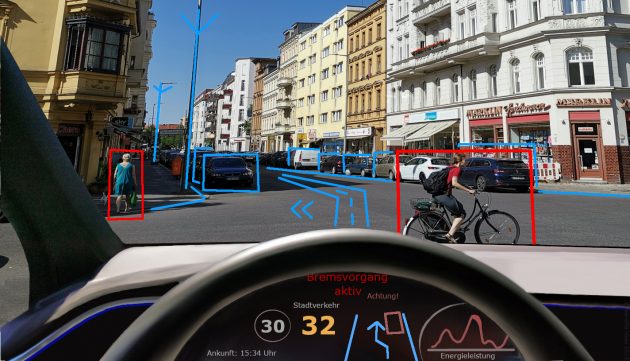 With self-driving cars gaining traction in today’s automobile landscape, the issue of legal liability in the case of an accident has become more relevant.

Research in human-vehicle interaction has shown time and again that even systems designed to automate driving — like adaptive cruise control, which maintains the vehicle at a certain speed and distance from the car ahead — are far from being error-proof.

Recent evidence points to drivers’ limited understanding of what these systems can and cannot do (also known as mental models) as a contributing factor to system misuse.

There are many issues troubling the world of self-driving cars including the less-than-perfect technology and lukewarm public acceptance of autonomous systems. There is also the question of legal liabilities. In particular, what are the legal responsibilities of the human driver and the car maker that built the self-driving car?

In a recent study published in Humanities and Social Science Communications, the authors tackle the issue of over-trusting drivers and the resulting system misuse from a legal viewpoint. They look at what the manufacturers of self-driving cars should legally do to ensure that drivers understand how to use the vehicles appropriately.

One solution suggested in the study involves requiring buyers to sign end-user licence agreements (EULAs), similar to the terms and conditions that require agreement when using new computer or software products. To obtain consent, manufacturers might employ the omnipresent touchscreen, which comes installed in most new vehicles.

The issue is that this is far from being ideal, or even safe. And the interface may not provide enough information to the driver, leading to confusion about the nature of the requests for agreement and their implications.

The problem is, most end users don’t read EULAs: a 2017 Deloitte study shows that 91 per cent of people agree to them without reading. The percentage is even higher in young people, with 97 per cent agreeing without reviewing the terms.

Unlike using a smartphone app, operating a car has intrinsic and sizeable safety risks, whether the driver is human or software. Human drivers need to consent to take responsibility for the outcomes of the software and hardware.

“Warning fatigue” and distracted driving are also causes for concern. For example, a driver, annoyed after receiving continuous warnings, could decide to just ignore the message. Or, if the message is presented while the vehicle is in motion, it could represent a distraction.

Given these limitations and concerns, even if this mode of obtaining consent is to move forward, it likely won’t fully shield automakers from their legal liability should the system malfunction or an accident occur.

Driver training for self-driving vehicles can help ensure that drivers fully understand system capabilities and limitations. This needs to occur beyond the vehicle purchase — recent evidence shows that even relying on the information provided by the dealership is not going to answer many questions.

All of this considered, the road forward for self-driving cars is not going to be a smooth ride after all.