While the government’s obligation to meet an emissions target would be new, elected officials would still decide relevant laws and policies 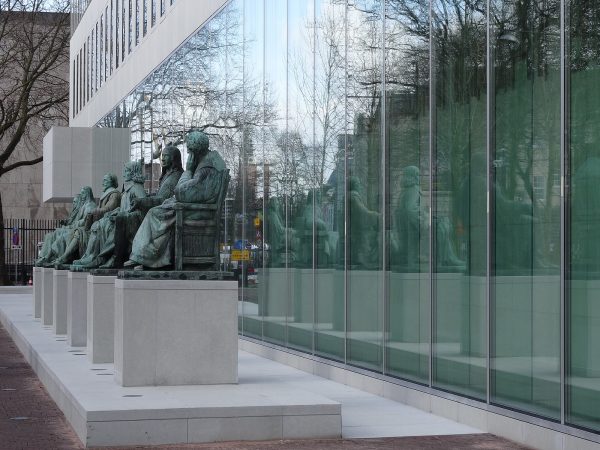 Late last year, the Dutch Supreme Court issued a decision that could have implications for countries around the world.

The case, The Netherlands vs. Urgenda, established that a country’s inadequate action on climate change can violate human rights. For the first time, a court imposed a legally binding target and deadline for a government to reduce greenhouse gas (GHG) emissions, by at least 25 per cent from 1990 levels by the end of 2020.

Urgenda was a major victory for climate justice activists, who have launched human rights lawsuits attempting to require governments to take more substantial and timely action against climate change. This landmark decision could prove influential in Canada, where similar cases will be decided.

There are now at least four pending Canadian climate cases invoking human rights, including La Rose et al vs. Canada, in which the federal government’s effort to have the lawsuit stopped before it goes to trial was argued last week.

Past Canadian climate cases based on other grounds have failed. But Urgenda may be particularly relevant to current litigation because it is based on human rights and some of the federal government’s arguments in La Rose reflect the Netherlands’ unsuccessful arguments.

For example, Canada acknowledges the threat of climate change, but maintains that a court cannot order it to take action because climate change policies are for elected politicians — not judges — to decide. The government also argues that climate change is a global problem that Canada alone cannot solve.

The pending Canadian cases will require our courts to decide similar issues as Urgenda, including:

Other issues have been raised in these cases that are not addressed here, including equality rights for young people and Indigenous Peoples.

Why could Urgenda be relevant?

In Urgenda, the court concluded climate change poses a “real and immediate” threat to the right to life, which the Netherlands has a legal obligation to address under the European Convention on Human Rights (ECHR). While this convention is not binding in Canada, Section 7 of the charter protects the right to life. Canada is also bound by international treaties recognizing the right to life.

The interplay between international and domestic law is complicated, but the Supreme Court of Canada has established that charter rights should provide at least as much protection as corresponding rights under binding human rights treaties. It has also held that other sources of international human rights law — including cases interpreting the ECHR — may be considered in charter litigation. Finally, Canadian courts often canvass relevant foreign decisions.

These principles open the door for our courts to consider Urgenda relevant. And, if our judges think the approach to similar issues in Urgenda is persuasive, they could follow it.

Climate change and the right to life in Canada

That being said, Canadian plaintiffs still face significant obstacles due to how the the right to life under the charter has been interpreted.

But, this could change. The SCC left the door open to a broader approach in an anti-poverty case: “One day S. 7 may be interpreted to include positive obligations…. It would be a mistake to regard S. 7 as frozen, or its content as having been exhaustively defined.”

In addition, the UN Human Rights Committee has more recently concluded (in a different context) that the right to life under the International Covenant on Civil and Political Rights — a binding international treaty — can impose positive obligations on Canada. These decisions may leave room for climate plaintiffs to argue that our courts’ approach to the right to life is too restrictive and is falling below international standards.

In La Rose, Canada argues that the plaintiffs are asking the court to “step outside its judicial function” and become involved in “crafting a policy response to global climate change.”

This argument failed in Urgenda. In the Dutch Supreme Court’s view, an order to reduce GHG emissions was within its authority because it is the court’s role to review the reasonableness of laws and policies and the legislature remained free to determine what laws and policies to implement to meet the Netherlands’ obligations.

Canadian courts also often review the reasonableness of laws and policies. So, if climate change is considered a threat to charter rights that Canada must address, Canadian courts could follow the same approach as Urgenda. While the government’s obligation to meet an emissions target would be new, elected officials would still decide relevant laws and policies.

The ‘too small to matter’ defence

In the Dutch Supreme Court’s view, the shared global responsibility for climate change necessarily entails an individual responsibility on each country to do its fair share. And the court concluded that the Netherlands was not doing its part.

Critically, the Netherlands emits a disproportionately large share of global GHGs, had adopted a less stringent GHG policy than comparable countries and did not show that meeting a higher emissions target would pose an undue burden.

If Canadian courts accept the premise of individual responsibility, they would similarly assess whether Canada is doing its fair share, and the statistics could be on the side of the plaintiffs.

Canada emits more GHG per capita and in total than the Netherlands. Its emissions target under the Paris Agreement is lower than the Netherlands for 2030 (a 30 per cent reduction from 2005 levels compared to 40 per cent — and Canada is not on track to meet it). And it has been argued that Canada ought to be able to “reduce its GHG [emissions] without major economic repercussions.”

Our courts may also find it compelling that, even though Canada’s emissions amount to 1.6 per cent of global emissions, “Canada is still among the top ten global emitters … on an absolute basis, and in the top three on a per capita basis.”

A matter of when and not if?

In 2018, the UN Secretary-General lamented that, “scientists have been telling us for decades [about the risk of climate change]. Over and over again. Far too many leaders have refused to listen.”

As Urgenda shows, human rights cases could force leaders to listen — and act. If Canada continues to not do its fair share and if Urgenda marks the beginning of domestic and international decisions requiring countries to take specific action against climate change, it may only be a matter of time until Canadian climate justice plaintiffs prevail.