U.S.-Cuba relations: Will Joe Biden pick up where Barack Obama left off?

Unlike Canada, the U.S. has a long and troubled relationship with post-revolution Cuba 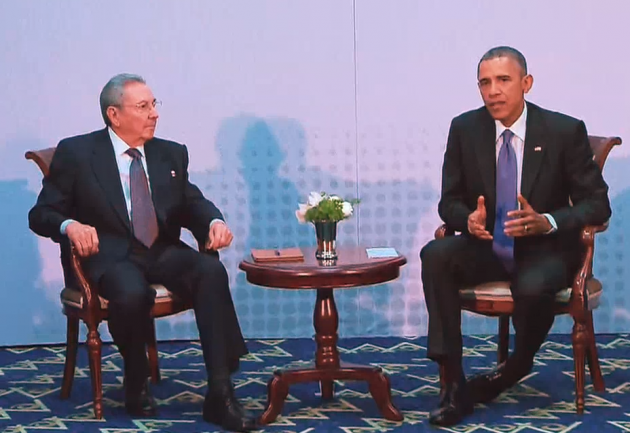 Under the new Joe Biden administration in the United States, significant changes in foreign policy are already taking place. The 15 executive orders Biden signed during his first day in office make this very clear. One of his next foreign policy challenges, and opportunities, will be Cuba.

Instead, Trump introduced measures that reduced remittance money from exiles, prohibited cruise ship traffic, stopped flights from the U.S. to most Cuban cities, encouraged legislation against the Cuban state, outlawed the possibility of U.S. investment on the island, fined companies that assisted trade with Cuba, and made cultural and academic exchanges almost impossible.

In Trump’s last week in office, Cuba was also placed on the U.S. list of countries supporting terrorism.

Unlike Canada, the U.S. has a long and troubled relationship with post-revolution Cuba that’s included several assassination attempts against Fidel Castro, a trade embargo that has lasted 60 years and a record of supporting terrorism attacks. More than 3,400 Cubans have been killed in these attacks, according to the book Voices from the Other Side: An Oral History of Terrorism against Cuba.

The relationship improved dramatically under the Obama administration. Diplomatic relations were renewed, the president visited Cuba in 2016 (the first by a sitting president since 1928), 22 bilateral agreements were signed, U.S. investment started, trade increased, hundreds of thousands of Americans visited the islands, Havana became a major stop for U.S.-based cruise lines, medical co-operation on cancer research began and cultural, sports and academic exchanges flourished.

Then along came Trump, undoing these initiatives.

But now Obama’s vice-president is in the Oval Office. Speaking in September 2020, Biden said:

“I’d try to reverse the failed Trump policies, they inflicted harm on Cubans and their families … [and] done nothing to advance democracy and human rights.”

This won’t be without challenges, however, and former secretary of state Mike Pompeo’s move to place Cuba on the list of countries supporting terrorism, although criticized, could delay any meaningful reforms the new administration by several months. Cuba will also be expected to show that it is prepared to make concessions on human rights issues to the United States.

Nonetheless, there are several areas where Biden could move relatively quickly by reintroducing some of Obama’s policies.

Limits on remittances from Americans to Cuba could be re-established. They were without limit under Obama, but reduced to a maximum of $1,000 every quarter by Trump. Post-pandemic, Biden could also easily allow flights to resume from the U.S. to Cuba, a move that would be popular in the Cuban-American community.

By September 2019, almost a million Americans and Cuban-Americans had visited Cuba that year. This trend would likely resume.

In the medium term, and barring any radical changes in international politics, Biden could remove Cuba from the list of countries that support terrorism. Americans would then be allowed to travel to Cuba without the need for special licences designed to limit their trips there. Many U.S. commercial organizations could again be allowed to trade with Cuba.

Americans who want to take cruises to Cuba could again be permitted to do so. Cultural and educational exchanges, as well as academic projects, could be reinstated. Some joint scientific projects, ranging from the successful cancer research project at Roswell Park in Buffalo, N.Y, to coral reef research in the Florida Straits, could be renewed.

Cuba has sent thousands of medical personnel to dozens of countries during the COVID-19 crisis, a sign that bilateral medical collaboration offers tremendous opportunities for the U.S. as it’s ravaged by the coronavirus.

Sooner or later the thorny issue of the so-called “sonic attacks” reported by American and Canadian diplomats in 2016 and 2017 needs to be addressed. So far, despite investigations by the U.S. Federal Bureau of Investigation and the RCMP, no cause has been definitively identified. Meanwhile, the U.S. Embassy is operating with a skeleton staff, and consular services are virtually non-existent. Restoring the full staff complement would go a long way to improve U.S.-Cuba relations.

Two long-term issues may remain unresolved during the Biden administration.

Human rights organizations have long called for the U.S. military base in Guantánamo to be closed, and it’s unclear whether Biden will take up Obama’s unsuccessful efforts to shut down the notorious detention centre.

Equally challenging is the American economic, commercial and financial embargo of Cuba, in place since the early 1960s. This, too, has resulted in international condemnation. In November 2019, 187 countries condemned the embargo, with only three supporting it. While the embargo can only be lifted with an act of Congress, Biden has ample options to amend the implementation of the legislation, which could pave the way for it to end.

Canadians look askance at the approach taken by various U.S. administrations on Cuba. By contrast, we have a normal relationship with the island. Over a million Canadians travel there every year for vacations.

Sherritt International, a nickel mining and energy development company based in Toronto, is one of the largest foreign investors.

It remains to be seen if Joe Biden can return to the heady days of the Obama administration when, for the first time in more than 50 years, embassies were reopened in both Cuba and the United States.

The government in Havana clearly remains open to a rapprochement, while the Cuban people would welcome it with open arms. The U.S. could also gain from Cuba’s assistance in seeking a political solution to the Venezuelan quagmire.

Hopefully, common sense will prevail and Biden will be able to return to the path blazed by Obama, when two years of bilateral negotiations helped undo more than five decades of hostility. It is clearly time to turn the page.