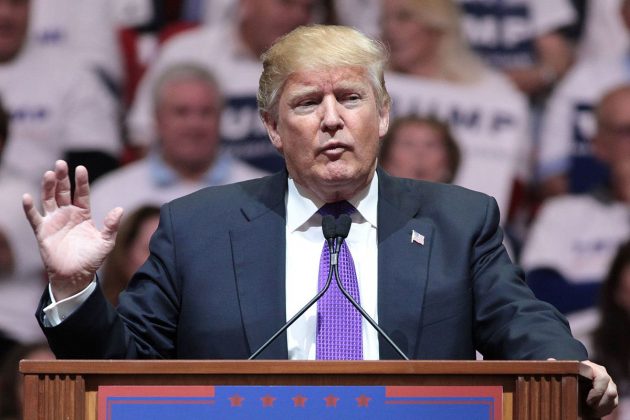 In the wake of the assault on the U.S. Capitol by Donald Trump’s supporters, Twitter has permanently suspended the president’s account “due to the risk of further incitement of violence.”

Prior to Twitter’s permanent ban, Twitter and Facebook had locked Trump’s account on their respective platforms. Both companies took this unprecedented step after the president used the platforms to spread misinformation about election fraud and openly condoned violence on Capitol Hill.

At one point, Trump posted a video lauding the mob as “great patriots.”

Twitter suspended the president’s account for 12 hours and required Trump to remove three tweets “for repeated and severe violations of [Twitter’s] Civic Integrity policy.” The company further warned the president that any future violations of their policies “will result in permanent suspension of the @realDonaldTrump account.”

Facebook quickly followed suit and suspended Trump’s account. Initially the company announced a 24-hour suspension, but in a new post the day after the Capitol attack, Facebook said it would be placing a block on Trump’s “Facebook and Instagram accounts indefinitely and for at least the next two weeks until the peaceful transition of power is complete.”

After Twitter unblocked his account, Trump wrote two tweets on Jan. 8 that the company said could incite further violence and violated its Glorification of Violence policy. Twitter permanently suspended @realDonaldTrump from using the service.

These decisions represent a major escalation by Twitter and Facebook. It’s also a reversal of their previous controversial policy to not block politicians such as Trump, but instead simply reduce engagement and to apply misinformation warning labels.

Digital democracy experts and social media researchers have long warned that on social media, speed is the enemy and that labels alone are not enough. A post with a misleading or false claim by a politician can spread in mere seconds — labelling a post as such after the fact cannot undo the damage already done.

Handmaidens to the chaos

While much of the blame for this week’s Capitol Hill attack lies with Trump, his enablers in the Republican Party and right-wing media, social media platforms have played handmaidens to the chaos.

Social media platforms have long touted the benefits of “connecting people” and bringing them together in new communities, while downplaying societal costs. What goes unmentioned in all the glossy advertisements and news releases is that these platforms also connect and enable extremists and conspiracy theorists.

In their blind pursuit for eyeballs and profits, social media platforms have built technologies that amplify hate, misinformation and conspiracy theories. The recommendation and personalization algorithms they have created facilitated the rise of extremism and conspiracy theories, which in turn have undermined people’s trust in each other, and in governments and institutions.

In the early days of the pandemic, such algorithms helped fan the flames of rampant COVID-19 denialism and extremism, and impeded the work of public health officials.

In a study we conducted last year at the Ryerson University Social Media Lab, we were able to show how a single tweet, with a simple hashtag #FilmYourHospital, can spawn a viral COVID-19 conspiracy theory that quickly spreads around the world from the U.S. to Brazil to Japan.

Facebook uses algorithms to amplify content. According to an internal 2018 presentation, Facebook’s own researchers show that “64 per cent of all extremist group joins are due to our recommendation tools.” Despite this finding, Facebook executives sidelined the research.

This decision is problematic in the aftermath of the recent U.S. election, when Facebook’s algorithmic recommendations helped to make the “Stop the Steal” Facebook groups — a hotbed for U.S. election misinformation — “one of the fastest-growing Facebook groups in history.” In the days after the U.S. election, Facebook’s algorithm drove 100 new people to join the first “Stop The Steal” group every 10 seconds, helping the group to amass more than 320,000 members in a little over 20 hours.

Trump’s penchant for lying and inciting his supporters on social media is finally being taken to task by social media platforms. But it took an insurrection for Trump to lose his social media megaphone.

The riot at the Capitol was the culmination of a decade of unfettered growth, combined with lackadaisical self-regulation by digital platforms. Social media platforms are now at a point where their inattention endangers our health and democratic systems.

For too long, government and regulators tasked with oversight of these companies have abdicated their responsibility and have allowed them to grow unchecked. Continuing to allow social media platforms to arbitrarily label a post here, ban an account there, reminds us of the complete lack of transparency that governs decision-making at social media companies.

Once the dust from the Capitol attack settles, social media companies will likely have to contend with an empowered Congress, united in its desire to act and, at long last, create a meaningful check on the power of social media platforms.