The Biden administration’s plan calls for replacing 100% of lead service lines across the nation – a goal that the EPA aims to write into regulations by 2024. Step 1 is finding the pipes. 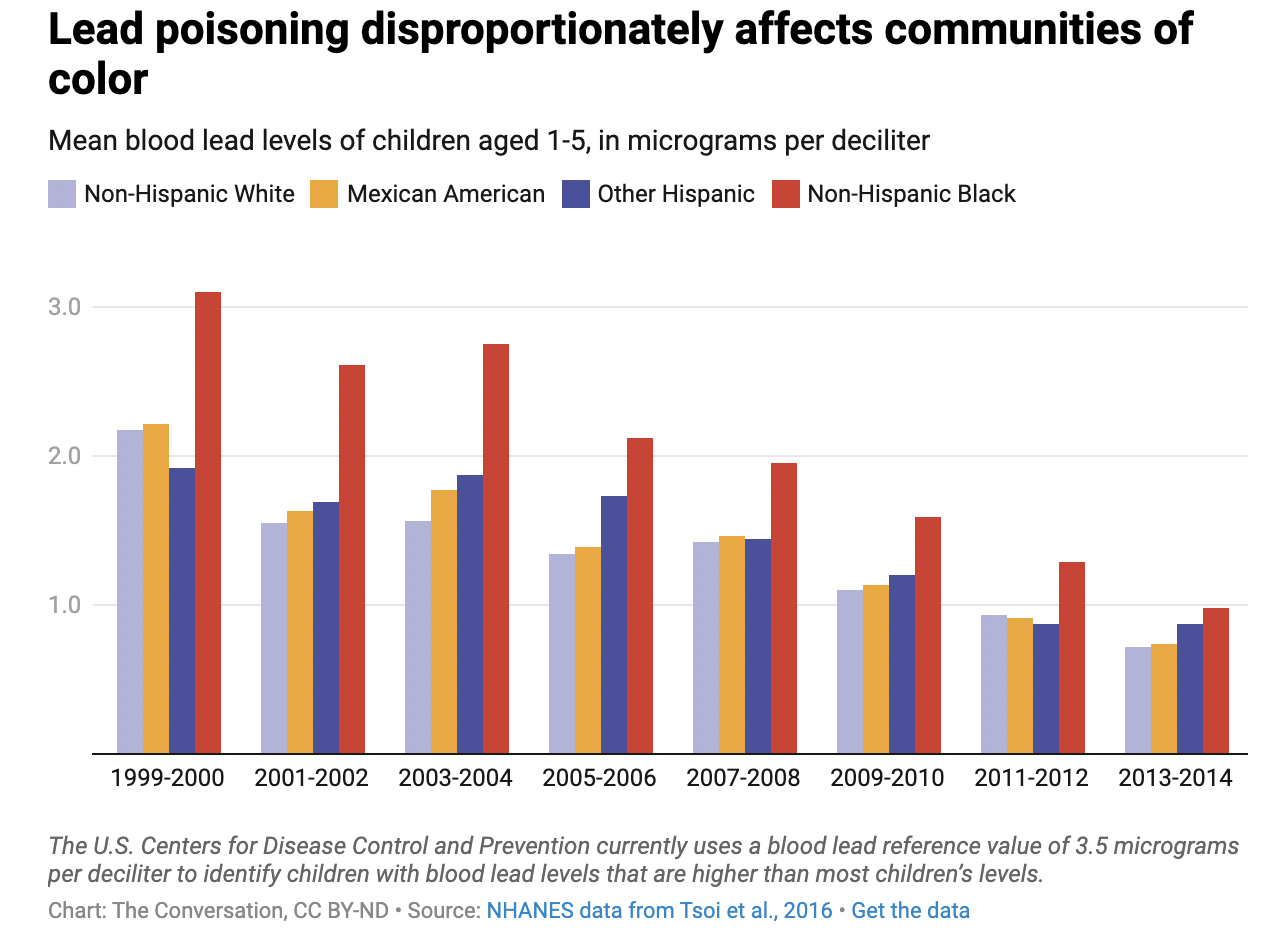 The Biden administration has released a plan to accelerate removal of lead water pipes and lead paint from U.S. homes. As a geochemist and environmental health researcher who has studied the heartbreaking impacts of lead poisoning in children for decades, I am happy to see high-level attention paid to this silent killer, which disproportionately affects poor communities of color.

Childhood lead poisoning has declined significantly in the U.S. over the past 50 years. That’s largely due to the elimination of leaded gasoline in the 1980s and the banning of most lead-based paints.

But the U.S. Environmental Protection Agency estimates that up to 10 million households and 400,000 schools and child care centers have service lines or other fixtures that contain lead. These pipes are ticking time bombs that can leach toxic lead into drinking water if they corrode. As long as they remain in service, children and families are vulnerable.

The same is true of lead paint, which is still present in many homes built before consumer use of lead paint was banned in 1978. Because it tastes sweet, children sometimes chew on paint chips or painted wood.

The Biden administration will spend US$15 billion from the recently enacted infrastructure bill to replace lead service lines, faucets and fixtures over the next five years and is seeking additional money in the pending Build Back Better Act to reduce lead hazards in public housing and low-income communities. I see this as a key priority, since Black children and children living in poverty have average blood lead levels that are 13% higher than the national average.

Lead poisoning is a major public health problem because lead has permanent impacts on the brain, particularly in children. Young brains are still actively forming the amazing network of neurons that comprise their hardware.

Neurons are designed to use calcium, the most abundant mineral in the human body, as a transmitter to rapidly pass signals. Lead molecules look a lot like calcium molecules, so if they are present in a child’s body, they can penetrate the brain, impair neuron development and cause permanent neural damage.

Children with lead poisoning have lower IQs, poor memory recall, high rates of attention deficit disorder and low impulse control. They tend to perform poorly at school, which reduces their earning potential as adults. They also face increased risk of kidney disease, stroke and hypertension as they age. Research has found strong connections between lead poisoning and incarceration for violent crimes.

Where are the lead pipes?

The Biden administration’s plan calls for replacing 100% of lead service lines across the nation – a goal that the EPA aims to write into regulations by 2024. Step 1 is finding the pipes.

Most U.S. cities have countless miles of lead service lines buried beneath streets and sidewalks and feeding into people’s homes. Utilities don’t know where many of these aging lines are and don’t have enough data to map them. Replacing them will require significant analysis, modelling, data and some guesswork.

Old service lines have caused lead poisoning outbreaks in such places as Washington, D.C.; Flint, Michigan; and Newark, New Jersey. The chemistry is a bit different in each case.

Lead service lines typically develop a protective “plaque” of minerals on their inside walls after a short time, which effectively separates the toxic lead pipe from the water flowing through it. This coating, which is called scale, remains stable if the chemistry of the water coursing through it doesn’t change. But if that chemistry is altered, disaster can ensue.

In 2002, Washington, D.C., shifted from chlorine to chloramine for treating its water supply. Chloramine is a more modern disinfectant that does not form dangerous reactive chlorinated byproducts as chlorine can.

This rapidly corroded the protective plaque lining the city’s pipes, flushing highly absorbable lead into homes. Tens of thousands of children were exposed over two years before the problem was adequately identified and fixed.

In Flint, state-appointed managers decided to save money during a fiscal crisis in 2014 by switching from Detroit water to water from the Flint River. But regulators did not require enough chemical analysis to determine what additives should be used to maintain the pipe plaque. And they skipped the typical step of adding phosphate, which binds chemically with lead and prevents it from leaching out of pipes, in order to save about $100 per day.

Corrosion chemistry is well controlled in many U.S. cities, but it is not a perfect science. And utilities don’t always have detection systems that adequately alert water suppliers to dangers at the tap. That’s why removing lead pipes is the only sure way to avoid the threat of more water crises.

Cities will need to innovate

While $15 billion is a big investment, experts agree that it’s not enough to replace all lead pipes nationwide. For example, the estimated cost of replacing all of Flint’s lead service lines is about $50 million – and there are thousands of U.S. cities to fix.

My own city, Indianapolis, has a population of about 850,000 – about 10 times larger than Flint – and officials have only a rough idea of where to find the lead service lines. There are ways to statistically model the likelihood that a given portion of the water system has lead service lines, using information such as water main sizes, locations and construction dates, but they are imperfect.

Cities will need to get creative to make whatever funds they get go as far as possible. As one example, I am working with colleagues to develop a citizen science project that will provide thousands of tests for lead at taps around Indianapolis. This effort, a partnership with the University of Notre Dame funded by the U.S. Department of Housing and Urban Development, may augment modelling with real data on levels of lead in homes, and will increase public awareness of this issue.

In spite of these challenges, I believe more urgency on this issue is long overdue. Every lead pipe that’s replaced will pay off in higher lifetime earnings and lower rates of illness for families that gain access to safer tap water.