EP&T: The future is here for blockchain and IIoT 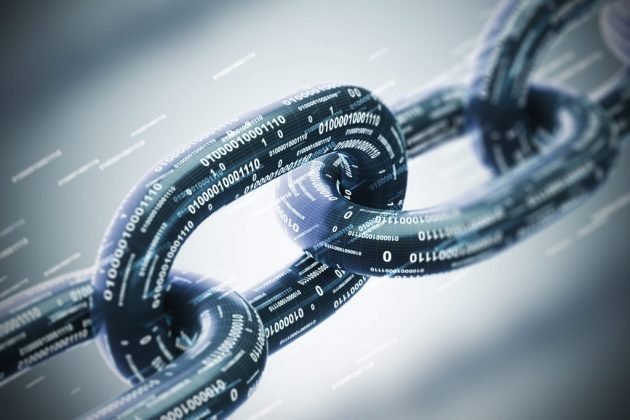 In recent years, blockchain technology has created quite a buzz about having the potential to disrupt entire industries. The industrial sector is certainly no exception, thanks to the many different potential applications for blockchain. If you’re unfamiliar with this revolutionary new process, you’re not alone. However, to maintain your businesses’ competitive edge, adapting to it may be essential, as it quickly moves from being a buzzword to an industry standard.
Humble beginnings of Blockchain

To understand why it is important, we should quickly explore the roots of blockchain. The concept is not that new. It has sprouted from a computer process known as a ‘Merkel tree,’ named after Ralph Merkle, who patented this cryptographic process in 1979. His patent expired in 2002, and Merkle trees started the now-infamous process to become ‘blockchain’ technology soon after.

You unknowingly interact with various types of Merkle trees daily. The entire internet utilizes them in one form or another. However, Merkle trees have glaring problems that the updated version (blockchain) can dramatically improve. This is especially true in the industrial sector, where information is often siloed, which can hinder a business’ efforts to streamline its processes.

Enter the age of IoT

As the landscape of connectivity worldwide continues to grow, the Internet of Things (IoT) is growing exponentially. This is especially true in the industrial sector, as connectivity helps businesses streamline their procurement process and strengthen supply chains. Even though the IoT is still in its infancy, it has proven invaluable for industries.

However, as we enter into the Fourth Industrial Revolution with IoT, it has not been without significant new vulnerabilities and problems. To combat these vulnerabilities, blockchain utilizes a type of database that makes transactional information immutable, meaning the data cannot be changed once verified and committed to the ledger. Therefore, it can dramatically improve trust and security through a distributed and immutable ledger.

While blockchain is most often used for transactions, the information stored within it is limitless. Because of this, blockchain is poised to become the next stage of security for the IoT and IIoT precisely because of the ability to maintain siloing of certain critical information while also allowing connectivity in vital areas to streamline processes.

IIoT devices are highly vulnerable to attacks, primarily due to their subpar manufacturing standards, low processing power, and meager storage capabilities. In general, there are four types of attacks that IoT devices can fall victim to:

The threat of security breaches increases as IoT devices grow in popularity because conventional systems cannot handle the scale of complex information that IoT devices generate. However, blockchain can reduce damage from attacks or eliminate these threats.

Benefits of Blockchain in IIoT

The numerous benefits of blockchain often far outweigh the cost of implementation and integration. Blockchain attempts to eliminate the ability for hackers to exploit the traditional single point of entry for attacks. Each transaction is given cryptographic, unforgeable signatures, making the entire chain more robust and attack-resistant.

Summed up, blockchain can deliver coveted advantages in the area known as the “Three Ds”: Distribution, Data, and Delivery. Some enterprises may be hesitant to implement blockchain in their processes due to the misunderstanding of costs. However, the return on investment can be realized in the following ways:

Solutions to the problems of Blockchain in IIoT

Of course, even the best-laid plans often come with some drawbacks. While relatively inexpensive to implement, the overhead involved can cut into the overall benefits of the technology. Because blockchain is decentralized, each node (computer within the network) must maintain its copy of the ledger.

This can lead to high energy usage, as these nodes must stay online and available at all times to confirm transactions. For example, one Bitcoin transaction can consume as much energy as 90% of an average American home’s energy consumption for an entire day. Many enterprises are working on innovative ways to incorporate renewable energy to offset the tremendous energy consumption.

Proposed solutions include moving away from the proof-of-work validation method and replacing it with the proof-of-stake or proof-of-authority method. Others, like Red Belly Blockchain, aim to reduce energy consumption while simultaneously improving the scalability and bottlenecking of transactions. Red Belly uses a process called verification sharding that can grow with the demand.

Another notable solution for the scalability problem is the use of state channels, which allow users to interact with one another off-chain to reduce the gridlock that can happen during high-traffic times. Fasttoken has revolutionized the use of state channels and open-sourced their code on GitHub. Many other enterprises are rushing to implement this solution, as well.

Blockchain and the promise/peril of quantum supremacy

As global governments and corporations compete to achieve supremacy in quantum computing, it raises many questions about our current systems’ viability and even whether blockchain will be enough to keep IoT devices and information secure.

Current encryption methods, even blockchain, are breakable. However, to hack them, one must have access to a significant amount of computing power. Most hacks on robust cybersecurity systems involve a large number of people working for long periods.

What makes quantum computing so problematic is that it drastically reduces the time and resources needed to break encryption. A new type of quantum algorithm—called Grover’s algorithm—can turn a 128-bit key into the equivalent of a 64-bit key. Continuing along this line, a 64-bit key becomes a 32-bit key, and so on.

One defense against an attack by a quantum computer is to double the size of bit-keys. So, a 128-bit key will become a 256-bit key. But, as quantum computers become more robust, will doubling the keys be our only line of defense? As one article from American Scientist points out, “the U.S. National Institute of Standards and Technology is already evaluating 69 potential new methods for what it calls ‘post-quantum cryptography.’ The organization expects to have a draft standard by 2024.”

IIoT has become an offshoot area of research due largely to the broad application possibilities of IoT in industry. As the world continues to embrace IoT and augment the physical world with the virtual world, vulnerabilities in these systems will consistently present new challenges. Using a proactive approach to introduce time-tested and innovative new technologies like blockchain will help address these vulnerabilities before they become much larger problems.