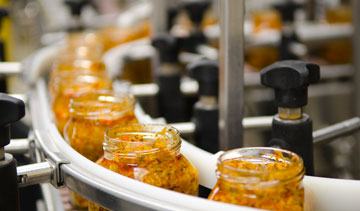 All food producers in Canada will need a federal licence when new CFIA regulations launch in 2015. PHOTO Lassonde

TORONTO—Sweeping regulatory changes and increased federal oversight are around the corner for food and beverage companies in Canada, and an industry expert warns unprepared firms will face costly headaches down the road.

Enforced by the Canadian Food Inspection Agency (CFIA), the changes coming down the pipeline will see mandatory federal licensing for all food makers, importers and exporters in the country.

A standardized set of inspection criteria for all food products, as well as an expanded list of goods that fall under the watchful eye of inspectors, are also on the way.

Wrapped up under the guise of the CFIA’s inspection modernization efforts, the new regulations—replacing some dating back to the 1940s—will help bring the department into line with trading partners like the United States.

“They call it modernization, (but) it’s really kind of an alignment with other key government agencies to transform the way that they do business today,” said Candace Sider, director of regulatory affairs with customs brokerage and trade consultancy Livingston International Inc.

Ushered in with the Safe Food for Canadians Act in 2012, the modernization program calls for all companies to develop and implement scalable preventative control plans.

Up until now, such programs were voluntary.

“I suspect that many companies already have, to some degree, a lot of these requirements already in place,” Sider said of the new control plans.

“(That’s) not to say that they’re not going to need to go back and vet that program that they have in place and really ensure that what they’re documenting or what their processes are that they’re following, (are) effective.”

Another component of modernization is increased CFIA oversight and inspection that will see a single model used across the board.

“What (that) allows us to do is to bring a bit more structure and transparency to how we are determining risk and how we’re going to allocate our resources,” said Colleen Barnes, executive director of modernization with the CFIA.

“Before, we were focused on (certain) commodities … but that wasn’t necessarily where the risk is, so we wanted to get to a framework approach that allows us to be more structured.”

The new, all-encompassing regulations help the CFIA target specific food groups for assessment in any given year, rather than sticking to the same ones year after year.

“This new approach we have developed is going to allow us to be a lot more standard and consistent in our approach to oversight,” Barnes said.

But perhaps the biggest change coming with the program is the requirement for all food makers, importers and exporters to hold a federal licence.

Currently, only those importing meat, fish, dairy and eggs are regulated by the CFIA.

The new licence will apply to all other food commodities in the country, including baked goods and snack foods; infant formula and meal replacements; and coffee and spices.

“We don’t necessarily have much intel on how to reach those (companies) making cookies or cake mixes or all those processed products,” Barnes said. “A licence for everyone means that we’ll be able to reach out when there are food safety issues and know who is making what in this country and who is bringing what in.”

In short, she said, the agency will soon be able to keep an eye on firms stocking the “middle of the grocery store.”

“It’s an expansion across all food commodities, not just those certain ones that we had registered in the past,” she said.

“We need to know who is doing what in Canada (and) having a licensing regime allows us to get a really good handle on who’s importing food, who’s exporting it and who’s making food that’s crossing provincial borders.”

What that means for companies, though, remains unseen, and it will be up to management to decide how to meet those obligations with the CFIA while protecting their operations.

“In some cases, (a company) might have five or six different locations,” Sider said. “They may not choose to have one federal licence number for all locations, because the concern is, in the event of non-compliance, that would affect all locations rather than just one.

“So they may need to really think that through and make some decisions in terms of what’s the best strategy for them and for their business.”

Formal regulations won’t be in place until 2015, but Sider said that doesn’t mean firms have a year to be complacent.

“That’s to give companies time to align (with) the new set of requirements to make sure that if there are changes that they need to (make) internally … before they actually enforce the regulations,” she said.

“Don’t wait until the regulations are due to be enforced or implemented; there’s a lot that (industry) can do now to prepare for the implementation and enforcement of the new regulations.”

“There are situations where some companies have a particular quality program in place today,” she continued, and there is fear in the industry that those programs may not be recognized under new regulations.

“We need to go back and review that in a much broader detail to see what in fact has CFIA come out with in terms of what they will recognize as meeting the requirements of the new food safety plan, or is if there’s additional work that needs to be done by importers, exports and manufacturers,” she said.

“I think it’s important to recognize the CFIA is really committed to doing it right—making sure they get it right so that they don’t implement changes that would really impact (industry) … but they also want to ensure that whatever food comes into the country is safe.”