by Philip A Loring, Associate Professor and Arrell Chair in Food, Policy, and Society, University of Guelph  June 7, 2022

There is no doubt that regenerative agriculture and other agroecological practices can help address climate change, including by sequestering carbon in the soil. 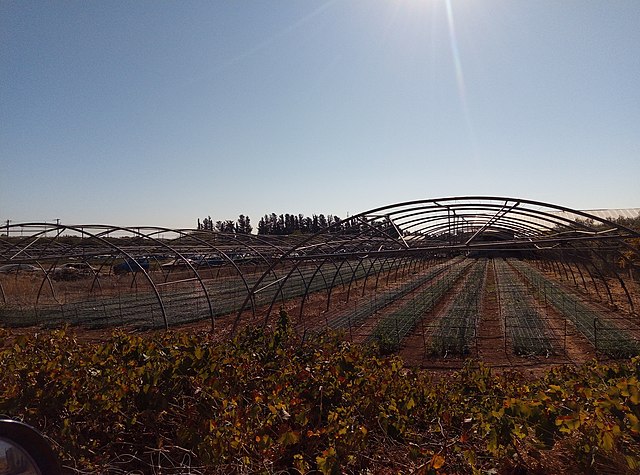 Global food systems are at a breaking point. Not only are they responsible for roughly a quarter of global greenhouse gas emissions, they are also the top contributors to water pollution and biodiversity collapse.

On top of that, many aspects of our food systems are extremely vulnerable to disruptions from climate change and other shocks, as we saw in the first months of the pandemic.

Agroecology — an approach to farming long practised by Indigenous and peasant communities around the world — could transform our food systems for the better. And agribusinesses in the Global North are actively looking to agroecology to rebrand and build new markets under the banners of carbon farming and regenerative agriculture.

But, a relentless focus on single outcomes, such as carbon, coupled with industry’s instinct to define and standardize, threatens the transformative potential of agroecology.

In addition to their immense ecological costs, our food systems are also tremendously unjust. As many as one in four people experience moderate or severe food insecurity. The global expansion of industrial agriculture continues to be a vehicle for the violent spread of colonialism.

Agroecology offers the promise of a win-win, where people nourish themselves while restoring ecosystems and addressing the harms and legacies of colonialism.

It is also at the centre of the food sovereignty movement, a global constellation of peasant- and Indgenous-led organizations fighting for the right to healthy and culturally appropriate food, produced in a way that is ecologically sound and socially acceptable. Food sovereignty is arguably the single largest social movement in the world.

La Via Campesina, the movement’s largest organization, represents over 200 million farmers in 70 countries. And the Alliance for Food Sovereignty in Africa, which operates in 50 countries, is the largest civil society movement on the continent.

Agroecology aligns with the food sovereignty movement because it is inherently emancipatory and democratic. Where industrial food production emphasizes scalability and proprietary technology, consolidating and controlling power and wealth, agroecological practices require wealth and power to be held locally. Producers must have the freedom, flexibility and resources to build healthy and just relationships in communities and among the people and the land.

For example, crop development through genetic modification is closed off to many by intellectual property laws, patents and the high technological competencies and equipment involved. On-farm domestication and breeding are, by contrast, democratic technologies because they necessarily open and entirely reliant on local knowledge and sharing.

Corporate plans to invest in regenerative agriculture appear to be mere appropriations of agroecological practices, hollowed out of their potential for supporting broad societal transformation.

Agroecological systems are networks of relationships, not collections of practices. They cannot be easily rendered into a set of definitions, standards or technological principles.

For example, Indigenous agroforestry, a system of forest relations called chagra, played an essential role in establishing the rich biodiversity of much of the Amazon. For the practitioners, chagra cannot be distinguished from the forest itself.

Reginaldo Haslet-Marroquin, CEO of the Regenerative Agriculture Alliance, describes the push to define regenerative agriculture as an act of colonization. “It is fundamental for achieving a regenerative outcome to not define it,” he told me in a recent interview. “To not reduce it to our myopic understanding of things … to the limitations of our colonizing minds. … Rather, we seek to understand what is, and what isn’t regenerative.”

To put it another way, regenerative is not a technological claim but an ethical one related to how we link knowledge and wisdom to organize ourselves and our practices in relation to one another and to the land.

Standards and definitions can help expose greenwashing, but they can also have unintended consequences. My research on Alaska fisheries, for example, offered lessons about how focusing only on the environmental dimensions of sustainability can perpetuate or even worsen social inequities.

The Marine Stewardship Council’s (MSC) certification, which is the largest framework for fishery sustainability, has also been critiqued along similar lines. MSC has improved ecological practices in fisheries and created new ways for businesses to profit from fisheries, but it has also marginalized some communities and created barriers to entry and boundaries to innovation.

Agroecological systems are as diverse as the people practising them and the places where they are practised. Indigenous clam gardens in the Pacific Northwest and Alaska are a world away from the system of ranching known as cattle winterage in the Burren of Ireland. But they share an ethical landscape defined by a commitment to social and ecological justice.

There is no doubt that regenerative agriculture and other agroecological practices can help address climate change, including by sequestering carbon in the soil. But, at a time when innovation and diffusion of new ideas are urgently needed, fostering an ethical agroecological space where people can experiment and share is a more promising theory of change than creating mechanisms to enforce uniformity and exclusion.

Agribusiness has an opportunity to be part of a global transition to more ecologically sound and socially just food systems. That will require the sector to set aside narrow understandings of the problem and abandon the imperative to colonize the spaces of innovation long-held by Indigenous Peoples and other racialized people around the world.


Related Stories
McCain Foods commits to sustainable agriculture, says 100% of its potato acreage will be regenerative by 2030
Government of Canada invests in building a sustainable Canadian wool industry
New EAT-GlobeScan global consumer research survey on sustainable food systems
Why China is emerging as a leader in sustainable and organic agriculture