The ongoing U.S.-China trade war will significantly impact leading Chinese IT and equipment maker Huawei’s ability to compete and threatens its future performance in the 5G marketplace, says GlobalData, a leading data and analytics company.

Huawei’s technical capabilities should make it one of the world’s leading networking equipment manufacturers best placed to succeed in the 5G arena in the next two to five years, according to GlobalData’s analysis.

But the impact of U.S. government action, which threatens to squeeze Huawei out of Western markets by limiting its access to U.S. technology, especially chips from U.S. companies, and urging governments to boycott the company, will weaken Huawei’s 5G ambitions if the U.S.-China trade dispute continues.

In terms of technology capability, Huawei, together with Ericsson and Nokia, leads the pack, says Cyrus Mewawalla, GlobalData head of Thematic Research. “But Huawei’s major problem is that you can’t succeed in markets if governments bar you from competing in them.”

According to GlobalData, 5G is one of the top 10 themes that will impact the servers, storage and networking sector, alongside software defined networking, cloud computing, artificial intelligence, data centres, high-performance computing, the Internet of Things, cyber security, M&A and geopolitics.

“Huawei is a world leader in 5G technology so we score it 5 out of 5 in the 5G,” said Mewawalla. “But the company is the standout loser in the U.S. vs China trade wars, so we have scored it 1 out of 5 on our geopolitics theme.”

“The impact of the U.S. versus China trade war on this sector has increased dramatically, so we have accordingly increased the weighting of the geopolitics theme for the servers, storage and networking sector,” said Mewawalla.

As a result of changes we made to both these themes in recent weeks – both in 5G and geopolitics – Huawei’s overall thematic ranking has fallen, which implies its future performance is likely to be weak.”

GlobalData’s latest Servers, Storage and Networking Sector Scorecard analyses the major technology, macro-economic, and regulatory themes impacting servers, storage and networking equipment companies and reveals that Ericsson, Nokia and Qualcomm also make the select group of leading companies in the 5G theme. But the three will not be adversely affected by geopolitical concerns on the scale that currently impact Huawei. 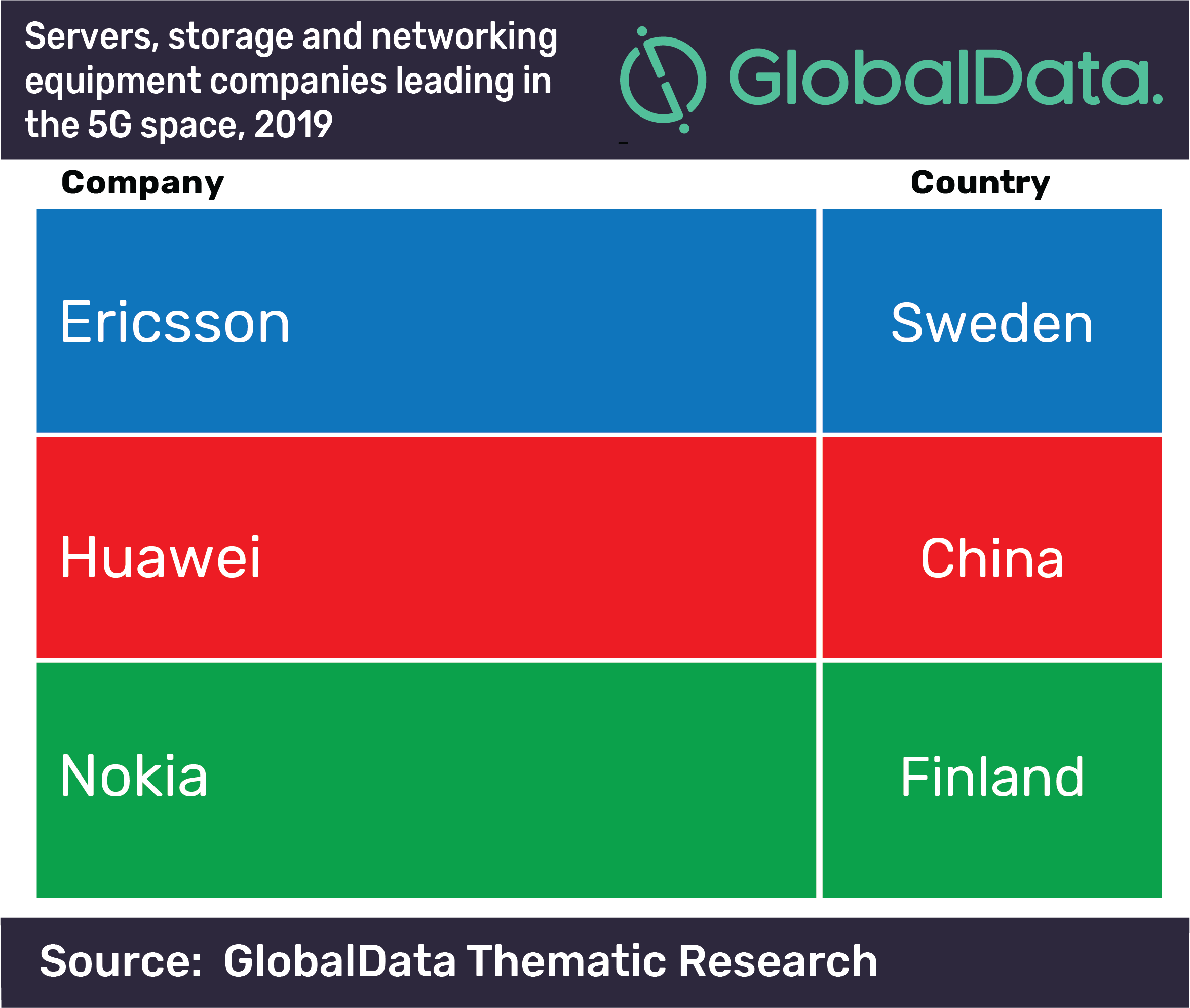 Mewawalla said that companies who invest in the right themes become success stories compared with those who miss the big themes, ending up either falling behind their competitors or failing altogether. In Huawei’s case, its prowess in the 5G theme is being offset by the weakness of its geopolitical position as a result of the U.S.-China trade war.

5G refers to the fifth generation of cellular technology standards which promises much higher connection speeds, lower latency and improved reliability than today’s 4G networks. These capabilities are expected to be fundamental to the provision of emerging technologies such as autonomous vehicles and augmented reality, which will have a major impact across industries.