How would Canada approach the prospect of war?

Simply rebuilding the military we slowly gave up during the Cold War will not address the challenges of the coming era. 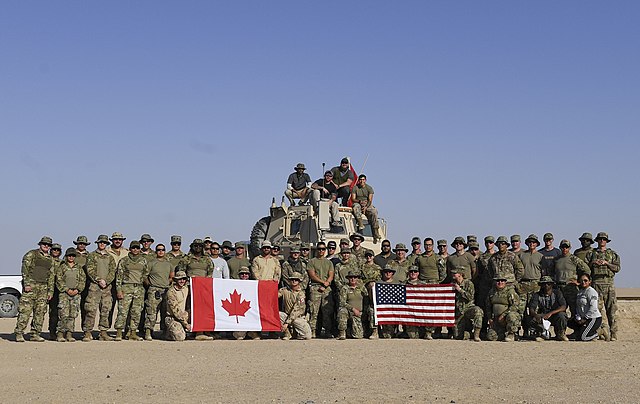 Amid Russia’s ongoing assault on Ukraine, nations have started re-evaluating their security policies. Sweden and Finland, for example, are clamouring to join NATO in the face of Russian aggression.

The war is a visible manifestation of the return of great power competition. Both Russia and China are carving out what they see as their natural spheres of interest.

Canada has not been immune to these shifts given the $8 billion in additional defence funding announced in the recent federal budget. Every military must be capable of meeting its objectives and service levels. Unfortunately, Canada’s traditional approach to defence tries to be all things without adequately funding them.

In a world where co-operation has given way to competition and conflict, how will Canada approach the prospect of war?

The idea that nations have particular approaches to war was introduced by British military historian Basil Liddell Hart in his 1932 book The British Way of War in which he claimed that sea power was the United Kingdom’s natural strategy.

Surrounded by oceans, Britain could take advantage of its navy to both ward off any potential attack as well as choose the manner and place for amphibious assault. Britain needed to only make limited investment in its army, whereas continental powers had to build large and expensive ones.

Other national styles to fighting wars are evident, including in the United States. American historian Russell Weigley argued that the U.S. style was based on using overwhelming force to crush any opponent.

While subsequent historians have criticized Weigley’s assertions, others have noted that the so-called Powell Doctrine largely subscribes to them. Prior to the 1991 Gulf War, Gen. Colin Powell argued that any war America engaged in should be directly related to its national interest, fought with overwhelming force, and had broad public support.

Germans, too, have historically sought quick victories using innovative wars of rapid movement. This approach was dictated by its geographic centrality in Europe, surrounded by potential rivals for power, and the need to avoid fighting a multi-front war.

A country doesn’t have to be a major military power to have a way of war. Tiny Lithuania has fewer than three million people and a military of just over 100,000. Its army has no tanks, fighter jets or major naval platforms. If attacked, it will fight a defensive war based on mobility and strong points strengthened by anti-tank missiles and robust artillery.

Canadian isolation and its ‘way of war’

Canada’s geographic isolation on the North American continent and friendly relations with the United States might seem to render a way of war entirely unnecessary.

In fact, Canadian defence policy has been focused on just three generic priorities since a 1964 white paper on defence: defending Canada, co-operation on North American defence and contributions to international peace and security.

These general tasks provide little guidance for developing the country’s Armed Forces. As historian Desmond Morton observed, Canada remains both “indefensible and unassailable,” advanced military capabilities are only required for international contingencies. In the eyes of many Canadians, our isolation makes weaponry like fighter jets largely discretionary.

Many Canadians would likely take umbrage at the suggestion that we need a way of war, especially given the mythology of Canada’s peacekeeping tradition. To them, the very notion would be “un-Canadian” to its core.

However, a world dominated by great power politics is one that will be decidedly hostile to the interests and values of smaller powers.

Peacekeeping, after all, is reliant on great powers agreeing within the United Nations Security Council. Ukrainian President Volodymyr Zelensky dramatically illustrated the weakness of this arrangement in his recent address to the council:

“We are dealing with a state that turns the right of veto in the UN Security Council into a right to kill.”

Russia cynically uses “peacekeepers” in many locations to enforce its own strategic interests, and views the UN’s “responsibility to protect” doctrine, which requires member states to intervene in another’s domestic affairs if human rights are being violated, as sheep’s clothing for regime change.

Even the attitudes of France, the U.K. and the U.S. towards multilateral institutions — as shown by Brexit, fears of a “Frexit” and anti-NATO stances from within both France and among some American politicians — suggest unilateralism is growing among powerful nations.

Given this context, the recent $8 billion addition to Canada’s defence budget is unlikely to be the last. Ensuring our military can meet its objectives will require serious contemplation on how we intend to use it.

The days of doing our bit for the British Empire or being part of the NATO team assume that any capability shortfall will be adequately covered by our partners. This policy has resulted in the slow shedding of military capability in Canada over the past several decades.

In a great power world, this is a dangerous assumption that may later be paid for in Canadian blood and treasure.
Rather than simply throwing money at our crumbling military, we need to carefully consider Canada’s strategy in this hostile new world, and build it to reflect that approach.

In strategy, geography matters. Canada is isolated, which has been a blessing, but it might become a curse should the U.S. turn hostile to our interests and values.

Like in the U.K., oceans are a natural frontier for Canada that can be strengthened by both air and sea power. Land power gives us the ability to intervene directly in causes we must support.

In the future, how we intervene will remain under our discretion. We must do so economically given the burdens of climate change, social welfare and infrastructure renewal.

Simply rebuilding the military we slowly gave up during the Cold War will not address the challenges of the coming era.