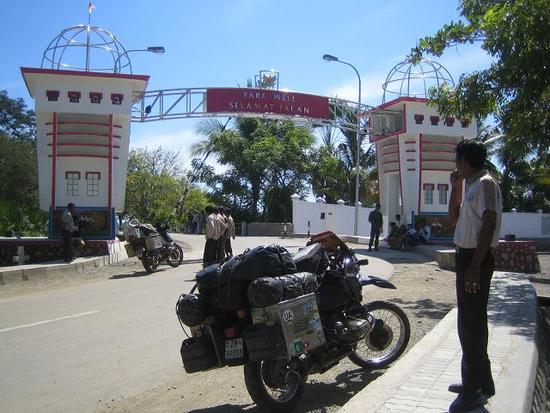 “We hear the voice of the farmers,” explains the acting director of Raebia, an organization in Timor-Leste working for sustainable agricultural development.

I am talking with Mateus and his colleagues Josefa and Leonora in their central office on a side street in Dili, the capital of Timor-Leste, which remains one of Asia’s poorest countries some 20 years after the end of a brutal Indonesian military occupation.

Raebia works to ensure agricultural self-sufficiency through the promotion of crop diversity and seeds in three Timorese villages, with plans to expand to others. At a time when local food sovereignty is increasingly on the global agenda, it shows the way for other places. That’s especially true in the aftermath of this year’s Nobel Peace Prize going to the UN World Food Program.

Ties with a Canadian organization

Unlike many Timorese non-governmental organizations (NGOs), Raebia does not have a permanent overseas partner. However, it retains a link to SeedChange Canada, formerly USC, which supports small-scale farmers around the world.

That Canada-Timor connection has a long history. Canadian officials tried to convince what was then Unitarian Services of Canada to enter the Timor aid field as early as 1978, but an Indonesian military occupation made this impossible.

Canada, as I recount in a new book, supported Indonesian rule until just a year before a United Nations-sponsored referendum set Timor-Leste on the road to independence in 1999.

SeedChange entered the field in 1997 through its partnership with Indonesian affiliate Satunama. The Timor operation has been independent since 2000, and now receives foreign assistance directly. In 2013, it changed its name to Raebia (Resilient Agriculture and Economy through Biodiversity in Action), a name evoking sustainability in local languages.

Canada pledged long-term development support to Timor-Leste as it emerged from Indonesian military rule after 1999. Canadian aid peaked in 2004 at $7.3 million. But under Paul Martin and Stephen Harper governments, Ottawa broke its promise, dropping the newly independent Timor-Leste.

Canadian aid now flows only through the Canada Fund of the Canadian Embassy in Indonesia, and through the continuing support of SeedChange.

Though among Asia’s poorest countries, Timor-Leste is reducing aid dependency and is a world leader in combating COVID-19 with only 29 total cases and no deaths. Moderate government investments in agriculture and the work of groups like Raebia have resulted in progress, but one-quarter of adults remain undernourished and half of children under age five suffer from stunting, the third-highest rate in the world.

A visit to Fadabloko, one of three villages where Raebia currently operates, illustrates both the need and the progress made.

The village was the centre of Timorese resistance to the Indonesian invasion in the early 1970s. At the time, those military operations led to an enormous famine. War and famine cost more than 100,000 lives in a country that previously had a population of only 680,000.

The Remexio subdistrict, where Fadaboloko is located, was at the heart of the famine zone, as recounted by survivor Constancio Pinto in a memoir. He wrote:

“It was a time of incredible suffering. Food shortages, diseases and killing were all around us. The Indonesian army was always hunting us…. We walked among the dead bodies.”

Famine grew worse because people were barred from farming in traditional locations. One Canadian diplomat, visiting Remexio in 1978, called this a “food denial policy” on the part of the Indonesian army. Some 10 to 15 people died daily from starvation and diarrhea, dysentery and tuberculosis at this time. The long-term effects of that famine linger in today’s local food challenges.

A key element is local seed banks, where farmers can contribute and withdraw seeds.

“Without good seed, we will not have good food,” Mateus of Raebia explains. No special technology is required, making the seed bank a sustainable approach without any need for ongoing technology. The seed banks, in effect, promote local food sovereignty.

Local control is furthered by including all farmers in Fadabloko in a local co-operative. Demonstration farm plots create examples that individual farmers can implement on their own land. Terracing has moved from stone and wood construction to new techniques using natural grasses to shore up soil against erosion, a sustainable process with both ecological and labour-saving benefits.

Rather than burning forest or grassland to create new fields fertilized by ash, farmers are instead using a double-pit manure fertilizer system, with goats kept to provide the raw materials that are then processed in the pits (again without the need for technological inputs or artificial fertilizer, and with added benefits for air quality).

The Timor-Leste government is focused on infrastructure and relies on limited oil reserves for revenue. But Raebia’s work offers an alternative vision grounded in local sustainable agriculture, control, biodiversity and the revival of Indigenous environmental knowledge. Stronger local communities, ultimately, help to build a stronger nation.