How plants can help clean up oilsands tailing ponds

Oilsands tailings are a mixture of water, suspended sand, clay and residual bitumen 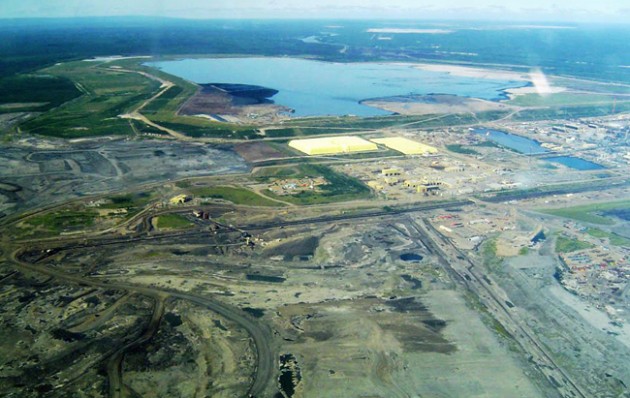 For every barrel of bitumen extracted in Alberta, about 1.5 barrels of non-recyclable tailings volume are produced. In 2019 alone, an estimated 1.5 million barrels of tailings were produced, which would take five to 10 years to cleanup and return to the landscape.

Tailings represent the largest liability for the oilsands. An investigation by the Alberta Energy Regulator estimates the total cleanup costs of oilsands mining operations facilities is around $130 billion and critics have voiced concerns that an economic downturn could see these costs dropped on the shoulders of taxpayers.

Yet oilsands operators remain committed to restoring the boreal forests that have been disturbed by mining activities. As a research scientist who studies remediation and biotechnology, I work with industry and collaborators to develop solutions that will help cleanup the vast quantity of tailings currently stored in the oilsands region, including nature-based approaches to reclamation.

Why is reclamation so challenging?

Oilsands tailings are a mixture of water, suspended sand, clay and residual bitumen. They are the byproduct of treating crushed ore with hot water to release the trapped bitumen.

The tailings are stored in ponds, where the heavier material quickly settles to the bottom, freeing up water to be reused in the extraction process. The remaining fine solids, such as clay, continue to settle and increase in density until the material is dry enough to use in the reclaimed landscape — a process that can take up to 150 years if left untreated.

A shell of water forms around the clay particles, preventing them from interacting and allowing them to remain suspended, even as larger particles settle. This suspension can be thin, like chocolate milk, or thick, like pudding. The water must be removed so that the material can be used to fill empty mining pits and support the weight of the clean sand and topsoil needed to reclaim the landscape. You can’t plant a forest on a foundation of pudding.

If the buried tailings are too fluid, the ground will be unstable. Several technologies are currently used to remove water from tailings such as water-separating polymers and giant centrifuges, however, these are not cost effective given the immense volume of stored tailings and still may not remove enough water for reclamation.

Over the past 20 years, scientists have made considerable progress researching how nature can help solve human-caused problems such as land disturbances. This includes several studies evaluating plant growth on oilsands tailings and the potential to use plants to address the tailings volume problem.

Plants are highly effective at pulling trapped water from the subsurface and releasing it to the environment in a process called evapotranspiration. For example, poplars growing in soil have been reported to transpire between six litres and 757 litres of water per day, depending on the size and condition of the tree. However, tailings are not particularly hospitable to plant growth as they can lack nutrients such as nitrogen and often contain hydrocarbons, naphthenic acids, salts and heavy metals.

Oilsands operators strive to avoid introducing non-native plant species to northern Alberta to avoid further disruption to the ecosystem. This limits the selection of plants to hardy boreal species, which often don’t share the same vigour as the fast-growing, invasive species. Research suggests, however, that the addition of plant growth-promoting supplements may help overcome some of the challenges faced by native species.

In a recent industry-funded study, which is pending publication in a peer-reviewed journal, we found that combining a protein-rich compound called hydrochar with a collection of different types of bacteria increased the nutrients available to the plants, including nitrogen, and promoted their growth on tailings.

The more the plants grew, the drier — and more solid — the tailings became. After 3.5 months, the plants had not only dried out the tailings, they had enriched them with organic material such as root fibres, and improved the structure of the tailings solids by secreting organic molecules. The end result were tailings that looked more like soil than dried clay.

This proof-of-concept study was limited to a large, outdoor greenhouse experiment, but the concept has gained momentum within the wider industry. Field trials are targeted for 2023 where native boreal plant species would be used to dry tailings in a small, experimental tailings pit prior to reclamation. Operators are also funding research that uses drones and floating islands to look at how to deploy seedlings on tailings pits being prepared for closure.

While there is still work to be done before the oilsands industry can use plants to remove the water from tailings, there’s still a lot of potential. A plant-based remediation strategy is a passive technology, making it a potentially cost-effective tool that could ease the liability risk faced by oilsands operators and Canadians by increasing the speed of reclamation in the oilsands region.