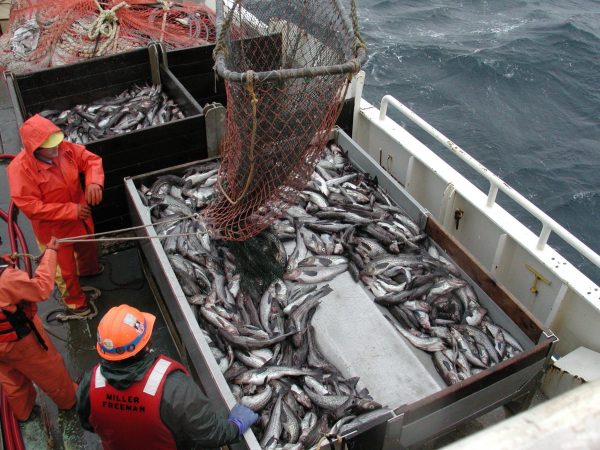 When scientists are in agreement, decision-makers should take note. Ignoring scientific advice becomes deplorable when doing so affects employment, poverty and food security. Yet this year, such an omission may occur.

This time it’s not the flagrant disregard of consensual climate science, but a warning that the long-term sustainability of our marine environment could be at risk during upcoming World Trade Organization negotiations on fisheries subsidies.

Our group at the University of British Columbia, alongside countless colleagues, aims to strengthen the evidence in support of global fisheries subsidies reform. But with the deadline looming, effective reform looks increasingly unlikely despite two decades of debate.

What’s so bad about fisheries subsidies?

Our research shows that globally, more than US$22 billion of harmful subsidies are provided annually.

The scale and impact of this has led to scientific consensus that subsidy-based fisheries policies that artificially increase profits contribute to overfishing.

Mounting evidence resulted in global commitments to remove harmful subsidies by 2020. Clearly, there is more to ending overfishing than subsidies alone, but this simple step has yet to be taken.

Why is it proving difficult to remove them?

Fisheries subsidies research is conclusive — so much so that the United Nations’ Sustainable Development Goals specifically target their reform — that removing them is important for ensuring the sustainability of marine resources.

Numerous excuses are trotted out about why we cannot take this step, including the claim that harmful subsidies are necessary for alleviating poverty or competing with other fishing nations.

Science has busted many of these myths — simply put, harmful subsidies undermine the resource base upon which fishers rely, and their removal would actually increase resource availability.

But it seems that national negotiators are not willing to risk their removal despite the future benefits.

From an academic perspective, the advice is clear: Redirect harmful subsidies towards beneficial forms of support that directly help fishers and reduce pressure on overfished stocks. A sensible wager to make, just in case the scientific warnings are true … and if they’re false, what do we lose?

This is the basis of French polymath Blaise Pascal’s theological masterpiece known as Pascal’s Wager in which he argues for the rationality of believing in God: “If you gain, you gain all; if you lose, you lose nothing.”

Parallels drawn between Pascal’s Wager and ignoring climate science are numerous, since the potential losses of getting it wrong, regarding both religion and climate science, is pestilence, fire and brimstone.

Perhaps we can rationalize fisheries subsidies reform similarly. Let’s consider the losses and gains behind both options; business as usual on one hand, and reform on the other.

But with global fishing fleets double what the ocean can support, this can’t continue.

Fish stocks have declined to historically low levels, with some beyond the point of recovery. That means catches plummet dramatically.

In response, subsidies increase to protect millions of jobs. Our inability to maintain catches results in fish prices skyrocketing. The remaining catch is food for the wealthy and global food security is weakened — approximately three billion people who relied on fish for their protein, must look elsewhere.

The removal of harmful subsidies, on the other hand, would reduce the profitability of the industrial fleets that receive 90 per cent of them, resulting in job losses. Food security, fish prices and the majority of jobs, however, would be minimally impacted, at least in developing nations, which despite employing 97 per cent of the world’s fishers and catching the majority of the world’s fish, only provide minimal subsidies.

The next few decades would see fishing align with fish abundance, supported by effective management and the rebuilding of fish stocks. Eventually fishers (or at least their children) would fill vacant jobs. We would fish less but catch more.

Any initial lost GDP would be exceeded by increased revenue from some 10 million tonnes of extra catch from rebuilt stocks. Fish would become a reliable and cost-effective food source.

Is this the year fisheries subsidies end?

These two science-based scenarios recognize the reality of short-term losses. We are asking national negotiators to swap out the current ruinous system for a more sustainable future down the road.

The evidence shows we could remove harmful subsidies tomorrow and support the sector via different means without long-lasting impacts. Initial short-term losses, felt especially by industrial fleets, will eventually be eclipsed by increased resource availability. The cost of inaction, however, over the long term, is devastating.

But this isn’t the time to give up. Rather, it’s time for all who care for marine biodiversity, fish, fishers, coastal communities and fish-workers of today and tomorrow to support and push World Trade Organization negotiators to get an effective deal done.