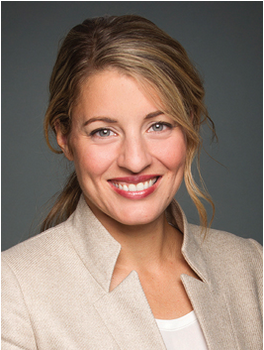 OTTAWA – The federal government is launching a review of the Official Languages Act, saying it is time to modernize the decades-old law.

The 1969 law enshrined Canadians’ right to receive federal services in English or French.

The last major reform of the law was in 1988 and there have been recent calls to update it again, including from a Senate committee that late last month said the act needs to be applied more effectively and consistently.

Oversight mechanisms need to be beefed up to ensure rights aren’t trampled on, the report said, adding a veiled reference to a furor in Ontario that forced the government to backtrack on plans to abolish the independent office of its French-language services commissioner and shrink a francophone-affairs cabinet post.

The Liberals plan a series of meetings, the first taking place Tuesday in Moncton, N.B., and an online consultation that’s to result in a final report in June.

Official Languages Minister Melanie Joly said in a statement that the government wants a modernized act to help minority-language communities “meet the new challenges they face” and ensure the law “can continue to meet the needs of Canadians.”

The latest census figures from Statistics Canada show that in 2016, the country’s bilingualism rate stood 17.9 per cent – an all-time high – mainly due to an increase in the number of people who can speak French.

Statistics Canada had to revise the bilingualism rate down by one-10th of a percentage point after it found a computer error in about 61,000 online census responses: French-speakers were recorded as having English as their mother tongue, leading the agency to report an increase in anglophones in Quebec.

The erroneously reported jump in English-language speakers caused emotional ripples in Quebec, with provincial politicians talking about legislative means to ensure the survival of the French language in the province.