Federal election: Which party has the best climate plan? Here’s where they stand 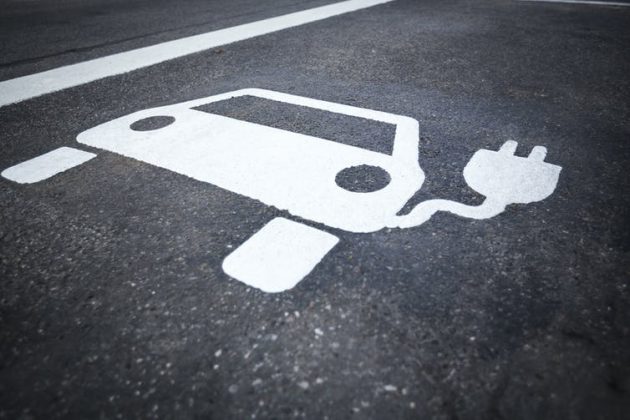 The coronavirus crisis gives us a golden opportunity to make our society more sustainable, as politicians and organizations around the world have already noted. Just like how the oil crises of the 1970s led many countries to revolutionize their energy systems, the pandemic has given us a chance to rethink many aspects of our society — including our dependence on fossil fuels.

But the question of how to do this is tricky. The findings of socio-technical transitions researchers, who study large-scale technological change, can help us evaluate whether the climate platforms being put forward in this election will achieve what they say they will.

Up until now, the Liberals have relied heavily on carbon pricing — an approach that has received considerable criticism. Carbon taxes reduce the problem to individual choices, ignoring the role played by infrastructure, regulations and industry structure.

Fortunately, the current Liberal plan expands on the carbon tax. The Liberals have a clear plan not just to develop new low-carbon technologies, but to embed these in a wider technological system, through support for electric vehicle charging and smart grids, for example.

The Liberal plan does not, however, say much about social or economic change to complement their proposed technological change. For example, the Liberals have an electric vehicle plan, but say very little about the arguably more important task of reducing car dependence altogether.

And their plan to reduce emissions from the oil and gas sector ignores the fact that the biggest problem with the fossil fuel industry is the fossil fuels themselves.

The Liberal plan, despite its impressive detail, is insufficient for broad systemic change. It does not address topics like demand, consumption, urban planning or the structure of daily life.

The Conservative plan focuses on empowering private citizens and industries to make low-carbon choices for themselves. The Conservatives would, for example, replace the carbon tax with a low-carbon savings account, which people would pay into every time they buy fossil fuels. This money could then be spent on low-carbon purchases, such as electric vehicles or more efficient boilers. For industry, the Conservatives propose tax breaks for the first five industrial facilities to implement a new low-carbon technology.

The problem with this approach is that it individualizes the problem and does nothing to address bigger issues of infrastructure, logistics chains, standards and other systemic factors that lock in dependence on fossil fuels.

True, the Conservatives do have some plans to develop infrastructure — such as for electric vehicles. But even here, the justification for focusing on electric vehicles on the grounds that “most families cannot meet the challenges of work and parenting without one or more cars” indicates an unwillingness to tackle the reasons why our cities are so car-dependent.

A new technology must first fit into existing systems before it can stretch it into something else. Cars, for example, had to be able to drive on roads built mainly for bicycles and horses before anyone would think about building a highway.

The Conservative platform is all fit and no stretch: They want to make low-carbon technology more accessible on an individual basis, but they have no plan for a wider transformation.

The NDP climate platform proposes to use climate policy to achieve economic and social change. The NDP plan for worker retraining is by far the most detailed and will soften the blow for workers who are displaced from fossil fuel-intensive industries. They also propose to support community-owned renewable energy projects, which can help build local support for renewable energy projects, and to link low-carbon housing with their affordable housing agenda.

The NDP also has a serious plan for tackling energy demand. Their low-carbon transportation plan prioritizes public transit, walking and cycling alongside an electric vehicle strategy. Their plan to improve internet provision to rural areas to enable more working from home has a similar logic to it, although unfortunately evidence suggests that working from home might actually increase vehicle distance travelled.

The NDP clearly understands that linking social and economic benefits to environmental ones is an important way of ensuring that good climate policy remains politically viable.

The Bloc platform emphasizes side benefits of green transitions for the province of Québec: a hydroelectricity powerhouse and a global mining centre. Existing Québec industries can produce low-carbon aluminum, batteries and electric vehicles. Beyond supporting these industries, the Bloc also proposes a regional Québec alternative to Via Rail Canada.

In addition to prioritizing side benefits, the Bloc are wise to enlist support from powerful incumbent industries. As with the Conservatives, however, the Bloc Québécois’ plan emphasizes support for established players and falls short on embracing large-scale change.

The Green Party: Mandate, but no details

The Greens have an aggressive plan, which includes phasing out the fossil fuel industry, promoting innovation and addressing consumption.

The Green platform ticks a lot of important boxes: They propose retraining for workers, a national renewable-powered grid, and a coherent national transportation network including high-speed rail, light rail and electric buses. Their practical plans for how to achieve this range from international agreements to patent law.

This is a good plan, although in some places it lacks both detail and systemic scope for how change will actually happen in practice. The promise to simply “mandate and support” a faster transition to renewable energy in transportation, for example, gives no understanding of what this support would actually look like.

The parties’ climate plans differ mainly on the question of which specific part of the transition they account for. Different parties place different levels of emphasis on innovation, consumption, political support and industrial support.

Unfortunately, an effective climate plan that can actually enact a large-scale transition away from fossil fuels requires working hard in all of these areas at once. Transitions are multifaceted and involve codependent changes in technology, infrastructure, regulations, consumption habits and many other areas. A good climate plan should combine into something greater than the sum of its parts.


Related Stories
Ontario party leaders talk climate plans ahead of election
NDP climate plan hinges on electrification, helping workers impacted by climate change
Business and environmentalists both like Ontario’s new climate plan
May says Greens will work with any party that has a serious plan for the climate