Facts, fears and the evolution of masking throughout the COVID-19 pandemic 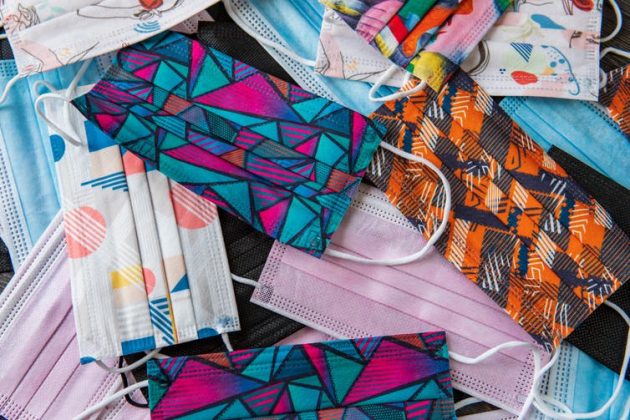 Canada took some time before recommending that the public wear masks. (Anton/Unsplash)

Do you remember the beginning of the pandemic, when for months a major debate was whether people should or shouldn’t wear a mask?

Around March 2020, I made my own mask using directions I found online. I was the only masked customer at my local grocery store the day I made it, but instead of following an impulse to rip it off and stuff it in my back pocket when the eyes of the maskless set on me, I thought: why don’t I turn this into a research opportunity?

I turned on my phone’s voice memo recorder and made audio notes about my experiences, narrating my way around customers veering their carts and between dwindling stocks of bathroom tissue and instant yeast. Listening to my notes, I appear to have pondered:

“Why am I the only one wearing a mask? … My voice sounds weird in this. I feel like I’m breathing through a straw. I don’t know. It’s kind of comfortable, I guess. Are people actually looking at me? I can’t tell. It’s when the rules start to change that everyone notices basic things like walking and what we do with our faces.”

After my first masked day, I slowly saw faces vanish under cotton folds, and have since made hundreds of hours of audio notes on masks and mask culture, mask debates and mask challenges, in something I’m calling the new maskscape.

Masking up: A tangled web of facts and fears

Why did it take Canada as long as it did to start advising people to wear masks? Part of the reason is that masks were incorporated into our reopening period (May-August 2020) since at-home isolation required little use of a mask. Early in the pandemic, from February to April 2020, the global story related to masks was a tangled web of facts and fears:

If the World Health Organization (WHO) and other professional medical venues were expressing a certain ambivalence towards the mask, a global DIY community of scientists, mask manufacturers and mask makers, social media influencers, celebrities and community members pushed for its widespread adoption.

The case of the Czech Republic

Influencers in the Czech Republic were amongst the first to start publicly and globally campaigning for people to wear masks. YouTuber Petr Ludwig posted a video referring to a University of Cambridge study that recommended people wear homemade masks to reduce the spread — emphasizing that masks were intended, in such a situation, to protect the community and not the masked individuals themselves.

As people were on stay-at-home orders and perhaps paying more attention to social media, they heard the call to start making masks at home. In the Czech Republic, influencers donned masks and spread messages with the hashtag #Masks4All, which hit global sewing circles in a matter of days.

The #Masks4All hashtag resulted in a national call to make masks, to convert factories into workstations and to share mask design instructions. People worldwide responded to this call: They began making masks, delivering many to frontline workers and leaving them hanging in public on “Mask trees”.

It took about a week for the #Masks4All hashtag to go online and by April 2020, 36 countries followed suit. Canada hopped on board in early April with its recommendation to wear masks on public transit and while shopping, then announced on May 20 that Canadians should consider wearing masks when unable to social distance.

As mask policies were put in place globally, certain values began to emerge. In Canada, those who came to be mask compliant were generally aware of the reasons people were asked to wear them. An exploratory survey with questions on attitudes to mask-wearing, which I conducted in November 2020 (the findings, yet to be published), indicated respondents were in line with a community health model of reasoning.

Responses indicated that their attitudes were in line with the values that mask-wearing performs. This was often expressed in common phrases that were explicitly relational, affective and community-driven: “to protect others as well as myself,” “to protect the vulnerable,” “wearing a mask is ‘the right thing to do’,” that it promotes “social responsibility” and sets a “good example.”

Answers also included that wearing a mask was “common sense” and a few times respondents mentioned that it “keeps my face warm.” I still have that first mask I made. It’s a reminder of the kind of performance and ritual that the mask has become.

But is science ever stable? Recently, the chief medical officer of Alberta has announced that the province will begin to relax social distancing measures, including revoking mandatory mask mandates (except in schools).

The situation is obviously still changing, as we likely settle into a long-term relationship with COVID-19. This new relationship will not likely leave masks forgotten. Instead, masks may become more complex, political and performative. Science informs how governments, communities and the media make the best decisions for themselves and one another.