E-cigarette maker Juul settled a lawsuit over its practice of targeting teens through social media, parties and models – here’s why the company is paying $438.5 million to dozens of states

As part of the settlement it has agreed to refrain from marketing aimed at youth and from depicting persons under age 35 in any marketing. 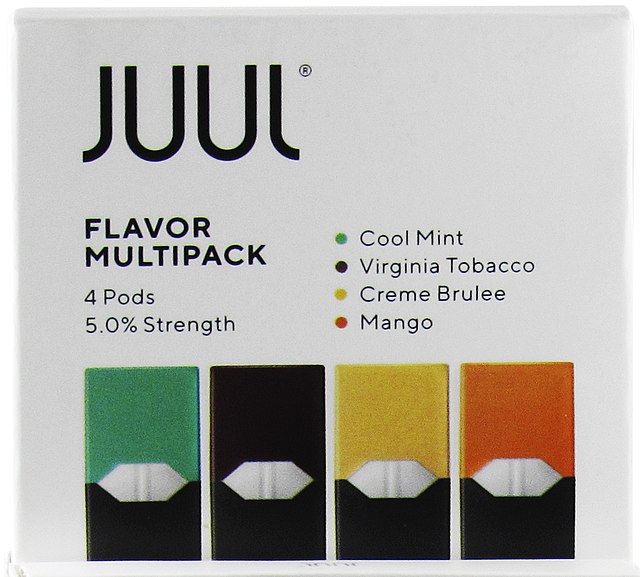 In early September 2022, electronic cigarette maker Juul Labs – the face of the vaping epidemic among teenagers – agreed to pay US$438.5 million to 33 states.

The settlement concludes a two-year bipartisan investigation into the e-cigarette maker’s marketing and sales practices for its vaping products. Those states claimed that Juul marketed its addictive nicotine products to adolescents. The company had previously settled suits with four other states.

As part of the settlement, Juul has also agreed to limit marketing and sales practices that may appeal to adolescents. In addition, the company faces pending lawsuits by nine other states and hundreds of claims on behalf of teenagers who want to hold Juul responsible for their nicotine addiction.

In 2018, the Food and Drug Administration stated that e-cigarette use, or “vaping,” among youths had reached “epidemic proportions.” Juul’s arrival coincided with massive increases in vaping among teenagers.

Though Juul is just one type of e-cigarette in a field of vaping products, its sales comprised 70% of the market at the end of 2017. Juul quickly dominated after its launch in 2015 because of its discreet design – it is small, concealable and resembles a USB thumb drive device – as well as its high-nicotine concentration and range of flavors. The 33 states that are party to the suit claimed that the company’s aggressive and targeted marketing and sales practices have fueled the uptake in vaping among adolescents.

As a researcher in tobacco control, I use publicly accessible data from social media platforms like Twitter, Instagram, TikTok and YouTube to capture and describe the marketing practices of companies whose products may directly affect public health. I’ve conducted studies that examined the impact of tobacco marketing on adolescents and young adults.

Juul use among kids has been a research focus of mine since 2016. It was during this time when my colleagues and I found hundreds of Twitter posts describing students sneaking Juul products onto school grounds to use during school hours. The latest settlement marks a small victory for those working to curb Juul use among teenagers.

Nicotine’s effects on the developing brain

In 2021, a survey by the FDA and the Centers for Disease Control and Prevention found that some 2.55 million high school and middle school students – or 9.3% of U.S. students in that age range – said they had used a tobacco product in the previous 30 days. E-cigarettes were the most commonly used tobacco product; according to the 2021 survey, 2.06 million high school and middle school students reported having used e-cigarettes.

E-cigarettes like Juul often contain nicotine, which has been shown by a vast body of research to be an addictive substance. Extended exposure to nicotine can have a detrimental impact on brain development during adolescence.

Adolescent brains continue to develop into early adulthood, particularly in the prefrontal cortex. This brain region is involved in higher cognitive development, including cognitive functions related to attention, memory and cognitive flexibility. Human neuroimaging studies have revealed that nicotine exposure results in long-term functional and structural changes in the brain .

How Juul use took off among teenagers

The two-year investigation into Juul revealed that the company grew quickly in popularity in part by marketing to underage users by organizing launch parties. Juul also hired young and trendy-looking models to appear in advertisements and relied on social media posts to raise brand awareness.

Juul’s use of social media to appeal to young people was a concern that my colleagues and I raised in 2018. We examined whether adolescents – defined in our study as people under age 18 – were following Juul’s official Twitter account and the extent to which adolescents shared Juul’s posts to their own followers – other adolescents.

To accomplish this, we collected all tweets from Juul’s official Twitter account from February 2017 to January 2018. We then identified Juul’s tweets that were retweeted, meaning shared by others on Twitter. We found that there were 721 unique users who shared Juul’s tweets during that time. We then determined whether those unique users were adolescents or adults based on a systematic classification procedure.

Our study showed that 25% of users following Juul were adolescents. We also found that an adolescent could be exposed to Juul’s posts without directly following Juul’s official account, as a result of retweeting.

Our findings have clear implications for public health. For example, a meta-analysis – or study that synthesizes the pertinent and available data on a topic from prior research – found that exposure to online e-cigarette marketing increases an adolescent’s risk of trying e-cigarettes.

While Juul has not admitted any wrongdoing, as part of the settlement it has agreed to refrain from marketing aimed at youth and from depicting persons under age 35 in any marketing. Juul also agreed to forgo the use of paid influencers – public figures with sizable followings on social media platforms who promote products on behalf of brands for monetary compensation or other benefits. And as part of the settlement, the company agreed to refrain from product placement, use of cartoons and other marketing practices that appeal to adolescents.

I’m cautiously optimistic that the settlement reached between Juul and the states will help curb e-cigarette use among adolescents. However, Juul’s share of the e-cigarette market has decreased in recent years, replaced by disposable, one-time-use e-cigarettes like the newly popular PuffBar. PuffBar offers its products in a variety of flavors, which is important because flavored e-cigarettes are trendy among U.S. middle school and high school students.

Juul is just one e-cigarette company that has employed marketing practices that appeal to adolescents. For example, our team’s research found that e-cigarette companies were using cartoons as company logos and in other promotional material. We’ve documented 106 companies that have used cartoons to help establish their brand identities.

We found a positive association between recognition of cartoon images and e-cigarette use, susceptibility to use and a perceived social benefit of use. In other words, we determined that adolescents recognized e-cigarette-related cartoon marketing, and that these adolescents were using e-cigarettes.

A step in the right direction

The settlement comes at a time when the public outcry against teen vaping has reached a fever pitch. Although the settlement is an important step forward, research from the tobacco control community shows that marketing practices from tobacco companies can and will influence young people to consider trying tobacco products, including e-cigarettes.

As Juul’s popularity wanes and new e-cigarette companies begin to capture more of the market share, strict measures to curb additional marketing practices will be critical in the efforts to keep more young people from becoming addicted to nicotine.