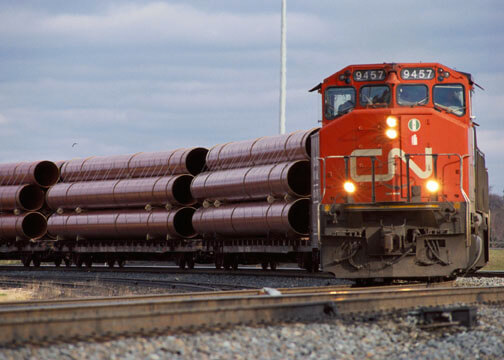 LONDON – The demand for digitalization of rail systems to enhance customer convenience is rapidly increasing across both freight and passenger operations.

Widespread usage of telematics, predictive analysis, sensor technology, and IoT integration has the potential to increase passenger traffic and freight movement, and lead to additional infrastructure construction and rolling stock builds, according to a Frost & Sullivan’s Global Rail Outlook, 2019.

In Europe, freight operators are retrofitting their large fleets of freight locomotives and wagons with advanced sensor technology and telemetry to track the movement of freight cargo, and also monitor its temperature, humidity, and other factors to help optimize the transport and distribution process.

“Digitalization is set to improve the passenger experience through connectivity solutions such as on-board Wi-Fi, entertainment portals, and mobile networks,” said Guruguhan Nataraj, senior industry analyst, Mobility, at Frost & Sullivan. “These aspects and future potential for upgrades are becoming an integral part of rolling stock production and railway infrastructural projects.”

Electrification of railways is witnessing a global upswing, triggered by the move towards greener rail systems and air quality improvement. Replacement of diesel-powered locomotives with electric or alternative powertrains such as liquefied natural gas (LNG) and hydrogen power is growing in popularity, following the successful operations of hydrogen-powered rail vehicles in Germany. Europe and Asia are leaning towards complete electrification of passenger rail systems.

In North America, sales of high-powered Tier 4 locomotives are projected to improve as a significant number of units are nearing retirement. The European Union, on the other hand, is promoting electrification and greener rail systems, such as hybrid locomotives and hydrogen-powered trains. The Asia-Pacific and Latin American regions are slated to see higher uptake of multiple units, as well as witness growth in rail infrastructure.

“Emerging countries in Asia, Africa, and Latin America should form public-private partnerships with major rolling stock manufacturers to further their plans of electrification,” noted Nataraj. “For instance, India has partnered with Alstom, Siemens, and Bombardier to realize its plan of total electrification of passenger railways.”

Where sectors can leverage the growth: