Though the British prime minister has called on countries to share more doses internationally, the UK may continue to prioritise its domestic rollout 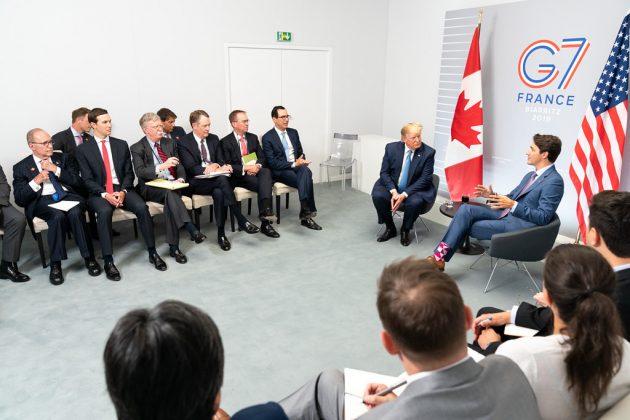 Forging an agreement to get vaccines fully distributed across the world by the end of 2022 will be a top priority at the forthcoming G7 summit, with the UK prime minister Boris Johnson due to formally set out this target when the heads of state meet in Cornwall.

To meet this target, the G7 countries need to begin distributing surplus vaccines immediately, says Steve Schifferes, honorary research fellow at City, University of London. But with new variants emerging, and with the G7 countries not having reached herd immunity through vaccination at home, such an approach looks politically difficult.

The plan has, though, been bolstered by the US pledging to buy 500 million vaccine doses to give to the rest of the world. However, exactly how many doses Britain will send to other countries, and when, remains unclear. The UK health secretary has suggested that the UK may choose to vaccinate its children against COVID-19 before sending surplus doses elsewhere.

This would be a mistake, argue Dominic Wilkinson, Jonathan Pugh and Julian Savulescu of the University of Oxford. Children are a low-risk population when it comes to COVID-19, so much so that when weighing up the risks of the disease against the risk of the vaccines’ rare side-effects, it’s not wholly clear whether vaccinating kids is actually beneficial.

Yet overseas, there is clear need. Nepal, for example, has seen a surge in cases, has only vaccinated 2.5% of its population, but has had to pause its vaccine programme due to a lack of supplies. Peru has the highest COVID-19 death rate per head of population in the world – and it’s only vaccinated 4% of its people.

All of this points to the fact that the distribution of doses needs to improve. It’s clear that Covax, the programme set up to share vaccine doses around the world, isn’t currently working well to stem the tide of the pandemic. Providing it with more doses to distribute would certainly help – but it could also be adapted to increase its impact, says Monica de Bolle of Johns Hopkins University.

Currently, it allocates vaccines to countries based on population size. This, though, doesn’t account for where vaccines could have the greatest impact right now. There’s a strong case for prioritising distribution to countries that are currently at risk of being overwhelmed by high case numbers. Care should also be taken not to give countries large quantities of doses when they don’t have the capacity to distribute them before they expire, as these will only end up being returned or destroyed.

Of course, the primary reason for increasing vaccine coverage is to protect people’s health. But there’s also another very good reason – which is the success of a country’s vaccination programme appears to underpin the speed of its economic recovery, writes Gulcin Ozkan, professor of finance at King’s College London.

As the OECD has said: more jabs, more jobs – and that means growth. The UK and the US currently have the highest projected economic growth rates among advanced economies – 7.2% and 6.9% respectively. They are also two of the top countries when it comes to share of population successfully vaccinated. Israel is another good example. Its economy is expected return to pre-pandemic levels by early 2022. It’s fully vaccinated about 60% of its population. Improving how doses are distributed could allow other countries to benefit similarly.

Finally, is it wrong that some pharmaceutical companies are seeking to make a profit from the COVID-19 vaccines they have developed? No, argues Michael James Boland at University College Cork.

While responsible organisations shouldn’t be solely driven by profit, they require all of their participants to play their part in order to function most effectively. This includes shareholders, who are needed to provide the capital that funds expensive research. Rewarding them is therefore a valid aim, as it helps ensure that pharma companies will continue to have the desire and means to help solve big health challenges in the future.