The pandemic has underscored that the world requires agility for survival. That makes blue skies science, which encourages curiosity and nimble thinking, perhaps more important than ever.

May 27, 2021  by Vanessa McBride, Astronomer, International Astronomical Union's Office of Astronomy for Development 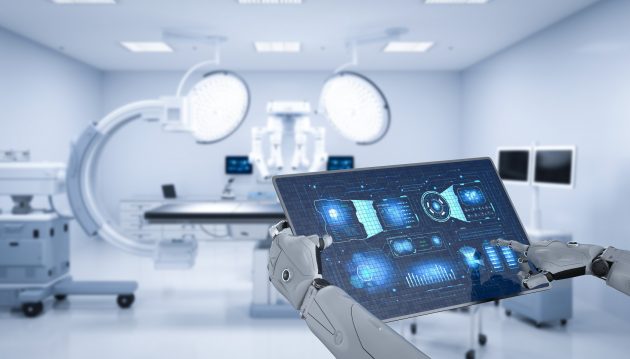 Management of the COVID-19 pandemic has governments around the world walking a delicate tightrope between containing the spread of the virus and the interactions required to sustain daily living. Economies and national budgets have been placed under tremendous pressure.

This means that budgets are being cut. And one area that’s affected is research. In South Africa, for instance, in 2020 the national science budget was reduced by 15% – a direct result, the government confirmed, of the pandemic’s effects. In May 2021 it was increased, but only by 1.4% – below inflation.

A shift in government spending is likely to continue in the coming months and years. So, where does this leave blue skies science? Will it also be a casualty of COVID-19?

Blue skies science is the kind of research that’s driven by curiosity. Its real world applications – or its relevance to society – aren’t always immediately apparent; it begins because scientists ask one simple question: “why?” For example, wifi grew out of a technique that was developed by radio astronomers in the late 1970s to analyse radio waves from black holes, and the discovery of the neutron in 1932 has led to new fields in applied science, including energy production and materials diagnostics.

The pandemic has underscored that the world requires agility for survival. That makes blue skies science – which encourages curiosity and nimble thinking – perhaps more important than ever. But this will require a long-term view from governments and funders, particularly by providing decades of funding and freedom to allow scientists to ask the “why?” questions.

I have been fortunate to spend almost two decades working in astronomy research, which is just about as “blue skies” as one can get. It was the support and vision of South Africa’s commitment to blue skies science, especially astronomy, that drew me and many other researchers back home from a position abroad. In my role at the Office of Astronomy for Development, I’ve seen firsthand how blue skies science acts as a gateway into science, technology and data science fields and how a combination of skills in applied and blue-skies science can contribute to pressing socio-economic questions.

Now budget pressures are intensifying. But, I would argue, unless there is increased support for researchers in exploratory fields and in forays into cross disciplinary projects, the expertise, momentum and benefits that have accumulated over the last decades will be lost. There may be short-term successes, but they will likely be at the expense of longer term, potentially bigger impact science.

Continued funding for both blue skies and applied science is necessary as boundaries between the two become more porous. This is important because it would mean that scientists could increasingly contribute to immediate societal impact, while following avenues out of pure curiosity.

In the year since COVID-19 first emerged as global pandemic, my colleagues and I have watched scientific agility in action in South Africa on a number of fronts.

The Office of Astronomy for Development, the African Planetarium Society and African Astronomical Society collectively redirected funding to assuage the effects of the pandemic. With some organisational agility, the funding could be redirected to causes slightly outside the key mission of these organisations.

We’ve also seen scientific agility at an individual level. Statisticians and simulation scientists from numerous fields have responded to the call to work with epidemiologists in modelling the pandemic.

Similarly, many blue skies science projects, like the IceCube Neutrino Observatory and the Charles W. Brown Planetarium, have made computing power available to model the virus protein properties of SARS-CoV-2.

In it for the long haul

Building solid research capabilities is a long-term endeavour. It is often internationally funded and operated, and can last several decades. One example is the Square Kilometre Array (SKA). A multinational endeavour, it is spurring technological breakthroughs and industrial spin-offs.

Projects like this have significant momentum. Due to high sunk costs as well as cross-national mutual accountability, they’re unlikely to be halted, even if they are subjected to delays or de-scoping.

They are even likely to survive the immediate impact of budget cuts. These, however, have an immediate effect on a range of shorter term research projects. They also affect students and training. Most students and early career researchers are funded by “soft money”, allocated to a particular project over a short timescale, usually two or three years.

Having less soft money to go around means fewer graduate students to train, and fewer early career researchers to be employed. For those students who are funded, it may also mean reduced opportunities to receive training that will help them exploit the available research infrastructure. This funding pressure mounts up, and the impacts become visible over the medium term: reduced numbers of publications and projects are undertaken on these facilities, and there’s less opportunity to build and develop skills.

The question is not so much about redirecting funding, but about designing a research environment that can accommodate integration of ideas across traditional research “silos”; an environment where there are avenues for experts to apply their skills outside their domains of expertise. As a collective, society would stand to gain so much more from blue skies research.