Canada is becoming a lonely place, and that’s good news for the food industry

Selling single servings can generate greater profits. Don't be surprised if you see the food industry trying to capitalize on the single-driven food economy 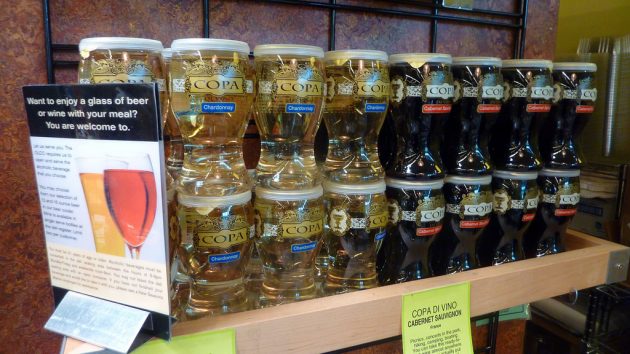 The number of single-person households in Canada has never been higher. It appears Canada is catching up to the rest of the Western world.

More than 28 per cent of Canadian households are home to one person only.

That’s almost four million households. Many expect that number to reach five million in just a few years, which would equate to a little more than the current combined estimated populations of Alberta and Saskatchewan.

The one-person household is one of the fastest-growing demographics in our country. Canadians are increasingly living alone. Having ignored this trend for a long time, many industries are now adapting to it, including the food industry.

Many grocers are increasingly mastering this merging of food retailing and food service, also known as the “grocerant” concept.

In fact, in many communities, grocery stores have become a sort of community centre, by default. On any given day, you can now find solo shoppers chatting away in a grocery store. Some grocers have even placed park benches between aisles so that people can sit and chat, if only for a while.

The grocery store is becoming a place where you can meet and interact with other people over coffee or even lunch, and without paying too much for your food.

The bakery section is one example of an area where the single-serve economy can help grocers increase margins. Most whole cakes are typically sold somewhere between $18 and $25 for eight servings. A single serving of cake in a bakery most often retails at $3.99, which is 30 per cent to 100 per cent higher than selling the entire cake.

With these single servings, food waste for single dwellers is less of an issue. Buying only what is needed is a sound strategy. That said, single servings can increase plastic usage, and of course, waste.

This is something the industry will need to address as more people buy single servings. Green and compostable packaging solutions are proactively sought after by most grocers these days as substitutes for the plastics that are required to keep food safe while increasing convenience offered to Canadians.

Meanwhile, on the other end of the demographic continuum given our car-centric economy, many of us are obsessed with buying food in bulk. Walmart and, more importantly, Costco, have benefited from this phenomenon.

But these megastores are not growing as fast as the market for single-serve products and individualized meals in general. The highly fragmented marketplace we have today is pushing all food companies to offer more products, reflecting emerging market needs.

Valuing customizable solutions and the individualization of food requirements is becoming ever more critical. Each and every one of us is different, with different needs. Don’t be surprised if you see the food industry trying to capitalize on the single-driven food economy.

As a result, our dinner tables and restaurants may become lonely places, or places where lonely people congregate. Either way, there is more money to be made, and the food retailing sector desperately needs it. In 2018, the food retailing industry only grew by 0.8 per cent, which is really next to nothing.

A recent survey suggests that 64 per cent of customers are comfortable with retailers identifying their consumer characteristics in an effort to individualize customers’ experiences.

In fact, customers are expecting this more and more from grocers and restaurants alike. The digitalization of our food economy will only help the sector gain the ability to customize their offerings, based on each customer’s personal interests and needs.

So, a lonely Canada can pay off for the food industry, and it probably will. But what could get overlooked is the power of food to bring people together. Whatever happens, this should never be forgotten.

This article is republished from The Conversation under a Creative Commons license. Read the article.