After Trump and Brexit: The coming of the progressive wave

Pundits focus on simple observations, poll and survey numbers and the latest outrage on social media that might ephemerally change a voter’s mind 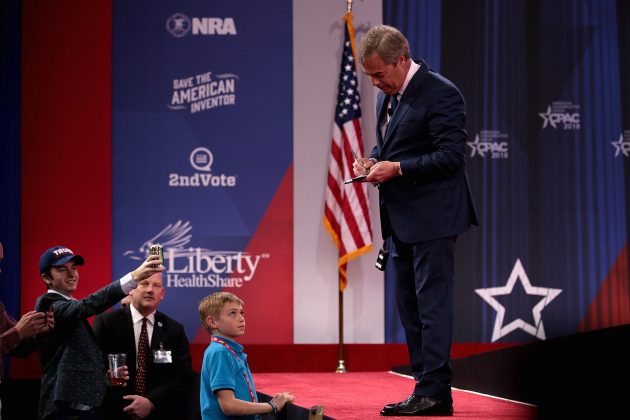 In 2016, it seemed to some like the world turned upside down.

Donald Trump was elected by a slim margin to the White House. The Brexit referendum pushing the United Kingdom to leave the European Union passed. A year later, Marine LePen, a far-right xenophobic candidate, made a surprising showing in the French election.

Many of the explanations for this seemingly strange historic turn are based on short-term events. The pundits focus on simple observations, poll and survey numbers and the latest outrage on social media that might ephemerally change a voter’s mind. This kind of punditry essentially turns politics into a horse race.

Cycle of populism repeats throughout history

In my 2019 book, The Great Disruption: Understanding the Populist Forces Behind Trump, Brexit, and LePen, I point out that populism has occurred throughout history, from Julius Caesar and Napoleon to Andrew Jackson, Juan Perón and Adolf Hitler.

The basic parameters are as follows: long-term, widespread disillusionment threatens the basic legitimacy of a political economic system. Charismatic outsider figures appear to claim they’ll save the day, promising, as Trump did, that they alone can fix it and will engage in widespread reforms (“drain the swamp”).

The message resonates because a significant proportion of society no longer believes the existing system is capable of reform. Populist leaders step in to embody the needs and frustrations of large disaffected groups without representing anything in particular.

The most potent weapon is scapegoating unseen forces (“criminal immigrants” or the “Deep State”); once those forces are stopped, they argue, we will return to better times (“make America great again”). False nostalgia ignores what life was really like.

Trump’s story fits the historical pattern to a tee.

He is a wealthy scion, but one who never held political office. He has oratory and entertainment skills, particularly in front of a large crowd; what appears as negativity is a lightning rod for some who have nursed decades of pent-up frustrations and a feeling of being unheard.

Like all populists with no track record, Trump could not only condemn the system but promise the moon: universal health care at low cost; a renewed respect for American power around the world while making others pay their “fair share”; getting rid of lobbyists and special interests; rocket-fuelled economic growth; stopping crime and helping minorities to move up; balancing the budget, etc.

As a blank slate, those who feel downtrodden could project whatever wishes they wanted upon him.

This wave of populism can’t just be the result of the re-emergence of white racism (or “whitelash”) in the U.S., since it happened around the world at roughly the same time.

As I explain in my book, living and working populations have become more diverse across the West than at any time previously in history. A Black president and the dismantling of Confederate monuments would have been unthinkable just two decades ago. There is still egregious race and gender bias, but most Americans accept Black Lives Matter, #MeToo and LGBTQ rights as legitimate.

Trump’s evocation of race, as in his recent suggestion that he would stop minorities from bringing crime to suburbs, is completely out of touch with the present reality. His wielding of race without a winning economic record is a losing ticket.

Undoubtedly, Trump’s cronies will blame the COVID-19 pandemic for his impending loss. But it is his lack of skill at governance, on the coronavirus and countless other fronts, that will lead to his electoral disaster. In fact, polls have had his disapproval rating at above 50 per cent since February 2017.

For a populist, suggesting false remedies such as hydroxychloroquine or bleach is part of the misinformation playbook, a constant stream of lies that the media repeats to great ratings, creating confusion about what is true.

When used against personal opponents, such as 2016 presidential primary opponent Ted Cruz — whose father Trump accused of being involved in the Kennedy assassination — the narrative feeds into grand conspiracy theories used to explain why populists are so ineffective once in office.

Populists are only against the system, they aren’t for anything in particular, as reflected in Trump’s ever-changing personnel, messaging and strategy.

It’s similar to how Brexit supporters were against the hollowing-out of the economy in key sectors and regions of the U.K., blaming it on foreigners, but not really for any particular post-EU configuration.

Populists inevitably fail because they don’t know how to govern. They paradoxically have to use the instruments of governance to reform government, an inherent contradiction doomed to fail.

I point to five underlying forces that represent the global systemic crisis and foreshadow the progressive evolution of western society:

The COVID-19 pandemic further exposes all of these issues and the need to return to sound governance, but one that has a vision for change.

Waves of populism result in polarization and a series of counter-movements that have their own populist heroes promising genuine change. An example is Bernie Sanders, who had a legitimate platform but no real plan for gaining mainstream support for it.

Democratic presidential nominee Joe Biden’s nod to a progressive platform — including choosing Sen. Kamala Harris, of Jamaican and Indian origin, as his running mate — along with his experience governing gives us hope. Maybe this recent wave of destructive populism, in the U.S. anyway, has run its course.