There's a growing gap between how value is created and the limited revenue tools available to cities and towns. The bills add up 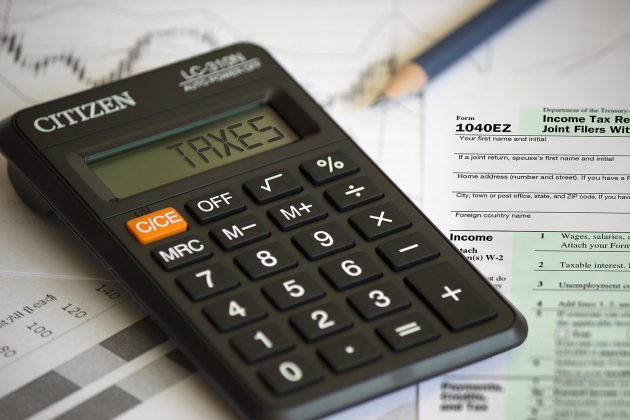 Canada’s municipalities are at the forefront of delivering a growing array of vital services to citizens, ranging from affordable housing, transit and child care to managing more than a trillion dollars of infrastructure.

With nearly one in four Canadians expected to be over the age of 65 by 2031, many of these services will become increasingly expensive. Yet the ability of municipalities to pay their mounting bills is likely to be threatened by the growing gap between how value is created in today’s modern economy and the limited revenue tools available to cities and towns.

The growth of the digital economy, in which firms such as Amazon and Alphabet are increasingly dominating key sectors like retail and advertising, poses revenue challenges for all governments. Taxation systems based on residency for corporations and individuals are tough to apply in a borderless world with multinational platforms that employ relatively few workers.

These challenges are particularly acute at the local level, where revenue options are largely limited to land-based tools in the form of property taxes and development charges (in addition to user fees and intergovernmental transfers).

The decline of commercial land

E-commerce is reducing the demand for retail spaces, telecommuting and hot-desking are gaining in popularity, workplaces are shrinking, and the average square footage per employee is declining. Land consumption is increasingly becoming decoupled from economic growth – a problematic development for local governments.

Additionally, the continuing shift from manufacturing and the industrial sector towards the service sector and knowledge economy means the share of revenues from non-residential property is on a downward trend. As a result, reliance on residential ratepayers is increasing.

To add to these challenges, a fundamental reality facing local governments in Canada is that constitutionally, they are “creatures of the province.” Their autonomy in responding to new challenges is limited – any new power, including the ability to introduce new financial tools, requires provincial approval.

Cities must look to Ottawa

As the federal Parliamentary Budget Officer has noted, the federal government over the longer-term will have close to $30 billion a year with which to increase spending or reduce taxes while maintaining the current net debt-to-GDP ratio. Meanwhile, provinces will face an $18 billion shortfall in order to maintain current debt ratios. In other words, the direct relationship with provinces will be of limited value to municipal governments seeking more funding, and their best option will be at the federal level.

Given the tight fiscal position of provinces going forward, largely driven by increased health care and social services costs, the federal government is a vital partner at the table for these conversations about who does what and how it is funded.

The latest federal budget announced a Municipal Infrastructure Top-Up of $2.2 billion, which will double the amount of money municipalities generally receive through the federal gas tax fund.

While this announcement is good news for municipalities, it is one-time funding and not the sustained, long-term commitment that is required.

Our recent report for the Mowat Centre at the University of Toronto looks at municipal finances in the new economy and suggests it’s vital that Canadian governments review their existing revenue sources and core responsibilities.

Cities get little of your tax dollar

Governments’ responsibilities have dramatically shifted in the 50 years since the last similar review was conducted. For every household tax dollar paid in Ontario, municipalities collect only nine cents, which doesn’t begin to match their ever-increasing list of responsibilities.

Some short-term options that municipalities should consider include introducing progressive property taxes, with higher rates applied to more valuable properties. To avoid burdening house-rich but low-income households with high property tax bills, deferral programs that delay payment till the property is sold could be introduced or expanded.

Introducing “teleworking” and “co-working” space classes of property tax could also be considered to reflect the changing nature of work, as well as long-standing proposals to implement a one per cent municipal sales tax which would raise $2.5 billion in Ontario.

Tapping into the increase in digital economic activity could also provide new revenue streams for municipalities. Some options include a tax on Airbnb rentals, as Ottawa and Toronto have introduced, or fees per kilometre travelled for ride-sourcing firms such as Lyft or Uber, as in the Brazilian city of Sao Paolo, which expects to raise $15 million a year for infrastructure needs through this levy.

As the world continues to evolve, Canada must modernize its approach to taxation and revenue generation. More than 80 per cent of Canadians live in large and medium-sized cities and the vibrancy of these urban centres is not assured going forward. Sustained prosperity will require significant investments in transit, affordable housing and other core social services.

Canada’s cities and towns need modern arrangements that reflect their place at the centre of the new realities of the modern world.