‘This will not be a short negotiation’: U.S. releases list of demands for NAFTA talks

The Trump administration's 16-page, sometimes-hypocritical list of priorities includes more dairy access and an overhaul of NAFTA's dispute-settlement system. Experts say Canada will have to "fight hard" for its issues 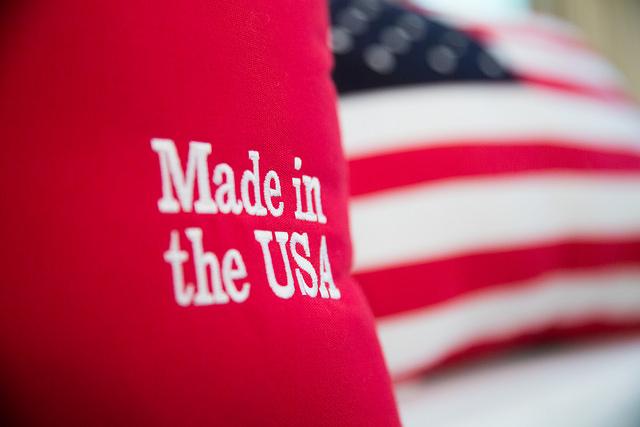 The list of priorities contains shades of hypocrisy, with the U.S. saying it will demand more opportunities for American suppliers abroad, but in the next breath, insisting on preserving Buy American rules that limit such rights for foreigners. PHOTO: Evan Walker/The White House

The U.S. says it wants more exports of its dairy products, wine and grains; freer trade in telecommunications and online purchases; new rules on currency manipulation; an overhaul of the dispute-settlement system; and more access for U.S. banks abroad.

A Washington-based trade expert who advises the Canadian government didn’t flinch when asked what this means for NAFTA talks, which are scheduled to start next month: “Longer, rather than shorter,” said Eric Miller, a consultant at Rideau Potomac who advises Industry Canada.

“It will be pretty intense and hard-fought. … Don’t expect it to be finished in less than eight months,” Miller said. “And expect Canada to have to fight hard for issues it cares about.”

Some of the issues might be hotly debated, even between Canadians themselves.

For example, the demand on online purchases could pit bargain-hunting Canadian consumers against bricks-and-mortar shops. The U.S. wants to increase the amount Canadians can buy online without paying an import tax, by 4,000 per cent.

Canada has one of the world’s most punitive duty systems for online shoppers. It will be urged to increase its duty-free limit to $800 from its current $20, according to the document released Monday by the U.S. trade czar.

It says the U.S. will demand more opportunities for American suppliers for government procurement abroad, such as construction projects. But in the next breath, it insists on preserving Buy American rules that limit such rights for foreigners.

Of that contradiction, Miller joked: “It’s called the mercantilist dream—we want you to open to us, but we don’t want to open up to you.” He said it was more likely a signal that the U.S. wants Canada to stop demanding greater access to contracts at the state and local level.

There is a vaguely worded section on banking. It calls for more opportunities for U.S. financial-service providers, which Miller said could be interpreted as a call for Canada to accept U.S. deposit-taking banks.

It also demands the elimination of the dispute-settlement system that has ruled in favour of Canada on softwood lumber. But it’s unclear how the U.S. would replace Chapter 19—which, to Canada, was a make-or-break issue in the original 1980s trade talks.

Canadian negotiators suspended talks over that dispute-settlement issue. Later, on the final evening of negotiations, with a midnight deadline, then-prime minister Brian Mulroney informed the U.S. there would be no deal—without an international arbitration system.

Canadian trade expert Peter Clark concurred: “This will not be a short negotiation.”

But he cautioned against drawing too many conclusions from this initial list.

“These asks are normal for the start of a negotiation. Goals are always ambitious—these are very ambitious,” he said. “The end result will inevitably fall short. But that is the way it is done.”

Monday’s release came as no surprise to the Canadian government.

The Prime Minister’s Office was in touch with the White House and sources say it was given a heads-up in advance of the release. Canada’s Foreign Affairs Minister Chrystia Freeland said she was prepared to start negotiating.

“We welcome the opportunity to modernize NAFTA to reflect new realities—and to integrate progressive, free, and fair approaches to trade and investment,” she said in a statement.

“When negotiations begin, we will be ready to work with our partners to modernize NAFTA, while defending Canada’s national interest and standing up for our values.”

NAFTA talks are expected to begin on or around Aug. 16.

The Canadian government will not produce a similar public list. It’s not a requirement under Canadian law, as it is in the U.S. U.S. lawmakers will also have a say. They must be consulted throughout the negotiating process, and will ultimately have to vote on any deal.

Tuesday could provide an early test of the mood on Capitol Hill, when the House of Representatives holds a hearing on NAFTA.

The U.S. says its overarching goal is to pare down the U.S. trade deficit.

“President Trump continues to fulfil his promise to renegotiate NAFTA to get a much better deal for all Americans,” U.S. trade czar Robert Lighthizer said in a statement. “Too many Americans have been hurt by closed factories, exported jobs, and broken political promises. Under President Trump’s leadership, (our office) will negotiate a fair deal.”

With regard to manufacturing, a big U.S. objective involves car parts. The Trump administration wants to change the rules of origin, to reduce imports from Asia and ramp up parts production at home.

But the devil here is all in the details of these rules: Will they be so strict that manufacturers simply offshore and pay the duty? Will they be designed to benefit all of North America, or just the U.S.? And, finally, how much will the compliance costs increase for domestic manufacturers—Monday’s notice emphasizes the need for more transparency in car parts.

Miller says all these details will make a huge difference.

Related Stories
Canada ‘ready’ for NAFTA renegotiations as officials wait for U.S. to kick-start talks
‘Be prepared for some moments of drama,’ says Freeland on NAFTA talks
NAFTA talks to start in August; Trudeau says Canada must present ‘united front’
The art of not getting a deal; it’s becoming clear that U.S. demands are intended to seal NAFTA’s demise