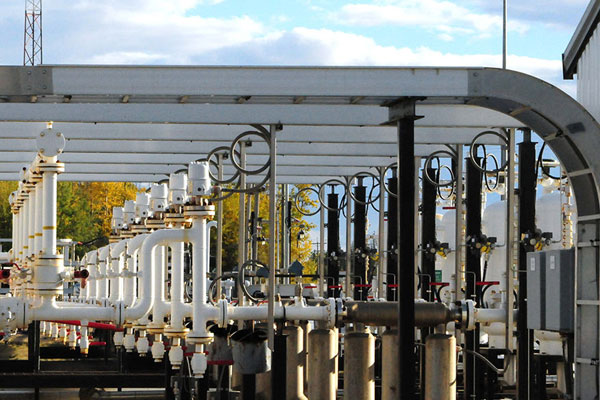 It says Canadian natural gas output will decline through 2018 as production rises in the United States.

It also expects Canadian natural gas prices will fall this year before before strengthening gradually into 2018.

The predictions are contained in a report published this morning by the NEB, an independent federal agency based in Calgary.

The NEB says a warmer-than-usual winter means that less natural gas will be needed this summer to fill storage for the next home heating season.

The board says a decline in gas prices over the past two years has had a “profound” impact on Canadian producers.

It says many smaller producers are spending only minimal amounts on drilling and many have had reductions in their bank lending limits.

On June 7, the U.S. Energy Information Administration predicted in a report that the United States will become a net exporter of natural gas by 2018 for the first time since the 1950s because its production will outgrow domestic consumption.

It pointed out that development of a Canadian liquefied natural gas export industry would help gas producers but it’s unclear if any of the nearly 20 proposed projects will be sanctioned by proponents in the near future.