During a standoff at the World Trade Organization, the U.S. ambassador accused China of technology theft. Beijing's envoy answers that the U.S. plays the blame game 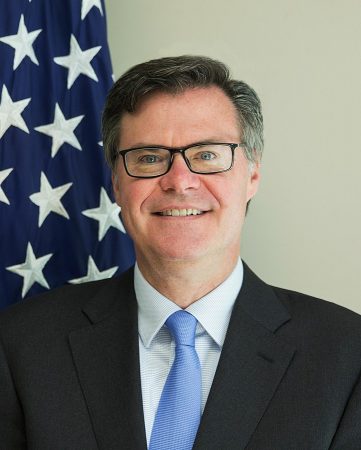 GENEVA – China and the United States traded barbs again Wednesday at the World Trade Organization, with the U.S. ambassador accusing China of technology theft while Beijing’s envoy retorted that the U.S. was “finger-pointing.”

The standoff comes as many countries lined up to criticize and question Trump administration policies in a WTO trade policy review of the United States, a regular process that WTO member states undergo.

Wednesday marked the second and final closed-door session on the U.S. after a first one on Monday.

U.S. Ambassador Dennis Shea sought to re-direct attention on China, saying it would subsidize its industries to squeeze foreign producers and dump products at cheap prices abroad, a transcript of his remarks showed.

“This is not acceptable,” Shea said.

Hu Yingzhi, a deputy director-general of the Chinese Commerce Ministry’s department of WTO affairs, said China had “high expectations on the largest economy in the world to behave in the common interests of the entire membership of the WTO.”

But Hu appeared to bristle against U.S. allegations.

“China absolutely refuses to be the scapegoat and excuse for unilateralism and protectionism,” Hu said. “This is the review of the United States, not China.”