by Peter Prengaman And Renata Brito, The Associated Press  June 23, 2017 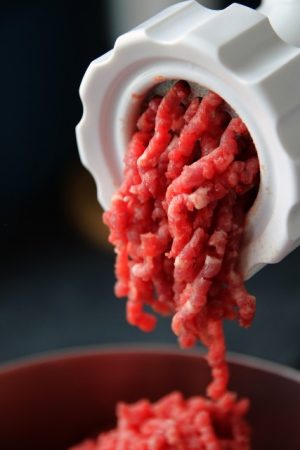 Brazil was the world’s largest producer of beef and veal in 2016 and one of the top exporters, according to U.S. Agriculture Department

RIO DE JANEIRO—In a major blow to Brazil, the United States on Thursday announced the immediate suspension of all imports of beef products from Latin America’s largest nation because of safety concerns.

In a statement, Perdue said that since March, U.S. inspectors have refused entry to 11 per cent of Brazilian fresh beef products, about 1.9 million pounds.

“That figure is substantially higher than the rejection rate of one per cent of shipments from the rest of the world,” the statement said.

It said the suspension will remain in place until Brazil’s agricultural ministry takes corrective action. The statement did not detail what those actions should be.

The statement noted that Brazil had already addressed concerns of American inspectors by prohibiting five facilities from shipping beef to the U.S., but said that didn’t go far enough.

“Today’s action to suspend all fresh beef shipments from Brazil supersedes the self-suspension,” said the statement.

The office of Brazil’s presidency said late Thursday that it had no comment. After-hours messages left with the Agricultural ministry were not immediately returned. JBS, a Brazilian company that is the world’s largest meat packer, declined to comment.

In March, Brazilian authorities said they were investigating inspectors who allegedly allowed expired meats enter the market in exchange for bribes.

Still, the episode proved a major embarrassment for a nation that prides itself on its beef and it had a large financial impact at a time when Latin America’s biggest economy is struggling to emerge from its worst recession in a generation. For several weeks, the usual tens of millions of dollars in daily exports slowed to less than $100,000, according to Brazilian authorities.

Brazil was the world’s largest producer of beef and veal in 2016 and one of the top exporters, according to U.S. Agriculture Department. The country is also a major exporter of chicken and pork products.

The U.S. is not a major importer of Brazilian beef, since it produces a considerable amount for internal consumption and export, but the decision will create fresh scrutiny on Brazil’s meat industry and is sure to be closely watched by European and Asian nations that are major customers.

It is also sure to put added pressure on President Michel Temer, who is facing several allegations of corruption and has been battered with calls to resign. Temer, who has strenuously denied any wrongdoing, is currently on a trip to Russia and Norway aimed in part at expanding Brazilian markets, including meat exports.