U.S. Chamber of Commerce vice-president John Murphy derided several of the Trump team's proposals, saying they have little or no support from the U.S. business and agriculture community, adding that "It isn't clear who they're intended to benefit" 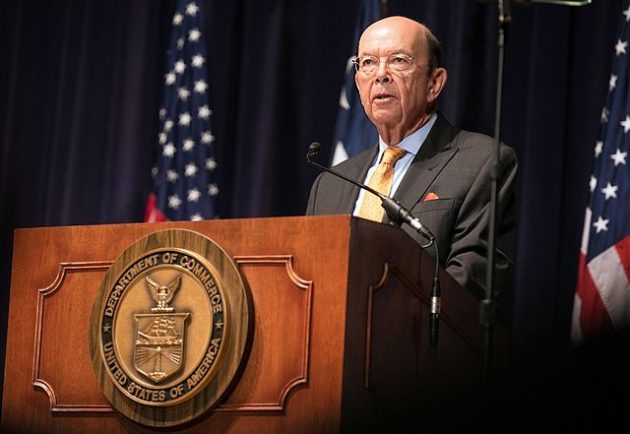 U.S. Commerce Secretary Wilbur Ross, who has bragged about imposing duties on Bombardier, is one of Trump’s top NAFTA negotiators.

WASHINGTON—A pair of prominent Republican lawmakers are attending a pro-NAFTA event today amid rampant uncertainty in Washington over the Trump presidency and its plans for the old continental trade deal.

Pro-trade senators Ted Cruz and Pat Roberts will speak about NAFTA’s future and the stakes for American agriculture and business at an event hosted by the most powerful business lobby group in Washington.

The U.S. Chamber of Commerce, which is hosting the event, has sounded the alarm over what it sees as potentially fatal moves to undermine the agreement by the Trump administration amid negotiations to upgrade the deal.

Those moves include demands by the Trump administration for a five-year termination clause allowing easy cancellation of the agreement; tougher Buy American rules; auto-parts requirements the industry calls impossible to meet; and a gutting of the dispute mechanisms that enforce NAFTA.

“For many in the business and agriculture community, the outlook has shifted over the past month. There’s growing concern about the direction of the negotiations,” said John Murphy, the chamber’s vice-president.

“A number of the proposals that the United States has put on the table have little or no support from the U.S. business and agriculture community. It isn’t clear who they’re intended to benefit…. (They) will only add costs for business, add to uncertainty, depress investment…

“But I think many in Congress are catching up to those concerns. They’re increasingly hearing from their constituents. Threats to withdraw from the agreement are catching attention.”

There were reports of a testy exchange last week.

A dispatch from the Inside U.S. Trade website said President Donald Trump told senators behind closed doors not to get excited, that he wanted to trigger a NAFTA pullout, but that it was intended to scare other countries into making concessions.

Roberts reportedly replied: ”I am excited.”

He comes from the farming state of Kansas, one of many Republican-leaning, agriculture states that export heavily to Mexico. Advocates for the deal say leaving NAFTA would hit those states hardest.

More than 80 agriculture groups wrote to the administration last week urging Trump not to use NAFTA’s pullout clause as a negotiating tool. That clause, Article 2205, allows a country to provide six months’ notice of its intention to withdraw.

The groups said the mere threat of a pullout will send their foreign customers scrambling for new suppliers.

“Withdrawal is looked upon as a potential catastrophe,” Murphy said. ”So I do think members of Congress are rapidly coming to grips with those concerns, as they’re hearing them from their constituents.“