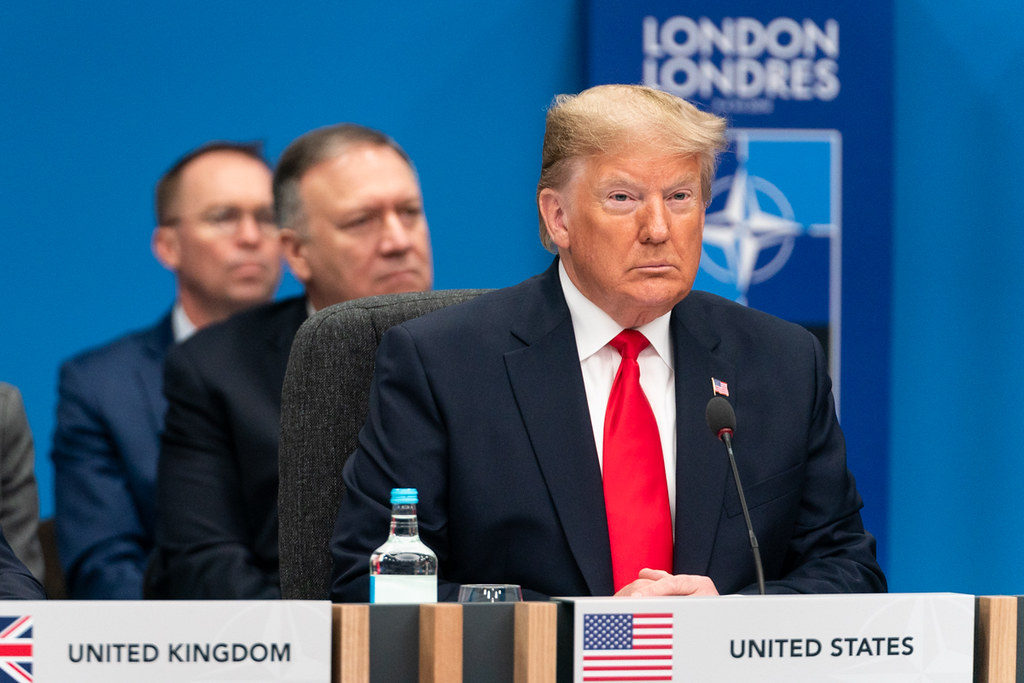 The video was shot during a reception at Buckingham Palace on Tuesday night, hours after Trudeau and Trump met on the sidelines of a gathering of leaders from the NATO military alliance. It immediately sparked concerns about a possible backlash against Canada from the prickly president.

The footage shows Britain’s Prime Minister Boris Johnson asking France’s President Emmanuel Macron why he was late, to which Trudeau can be heard saying: “He was late because he takes a 40-minute press conference off the top.”

The leaders do not use Trump’s name, but the U.S. president took dozens of questions from journalists on Tuesday during impromptu news conferences at the starts of his individual meetings with Macron, Trudeau and NATO Secretary-General Jens Stoltenberg.

Trump’s public appearance with Trudeau lasted more than half an hour and included questions about China and the impeachment process and also saw the Canadian prime minister trying to deflect questions from the U.S. president about Canada’s defence spending.

The reception footage also shows Trudeau saying “his team’s jaws drop to the floor” about someone, though it’s not completely certain whom he’s talking about.

During a meeting with German Chancellor Angela Merkel on Wednesday, Trump was asked about Trudeau’s comments, to which the U.S. president responded: “He’s two-faced.”

But the president, who has never shied away from lashing out over perceived insults, including from other world leaders, quickly added: “But honestly, with Trudeau, he’s a nice guy. I’ve found him to be a very nice guy.”

Trump went on to suggest Trudeau was upset that the U.S. president had called out Canada for not spending 2% of its gross domestic product – a common measure of national wealth – on its military, as all NATO allies have agreed to do.

Canada is currently spending 1.31% of its GDP on defence.

The surprisingly gentle rebuke – at least by Trump’s standards – follows concerns Trudeau’s comments could result in a backlash against Canada from the president, who only this week blasted French President Emmanuel Macron.

Macron had suggested the NATO alliance was suffering from “brain death” because of a lack of communication and co-ordination, particularly with regards to U.S. and Turkish actions in northeastern Syria.

The U.S. president also previously attacked Trudeau following the G7 summit in Quebec City in June 2018, describing the prime minister as “so meek and mild” amid a trade row over Canadian dairy and American tariffs on Canadian steel and aluminum, and then accusing him of making false statements once Trump was gone.

The new video nonetheless threatened to undermine not only Trudeau’s efforts to boost the NATO alliance at a time of internal divisions and external threats, but also Canada’s own relations with the White House.

The Prime Minister’s Office did not respond to requests for comment.

The video of Trudeau, who was speaking to Johnson, Macron, Dutch Prime Minister Mark Rutte and Princess Anne, quickly went viral after it was released and was reported on by international media outlets, including the New York Times, Fox News and the BBC.

Conservative foreign affairs critic Erin O’Toole criticized the prime minister on Twitter, saying: “I am taking the side of comporting oneself with professionalism on the world stage when you represent more than just yourself.”

Yet others praised the prime minister for what they saw as his speaking the truth about Trump, who is deeply unpopular in many quarters.