Kevin O'Leary said global investors will not come to Ontario because it's tax regime isn't competitive, but the facts tell a different story 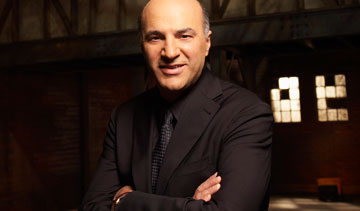 Kevin O’Leary is running to become leader of the Progressive Conservative party of Canada. PHOTO: SME

“We’re completely uncompetitive. The incremental dollar from any investor globally will not come to Ontario for a new plant. It’ll go to Michigan, where they’ll have 30 per cent less in tax, no regulations, no carbon tax. We need to be competitive,” said O’Leary, on Jan. 18, in an interview on Toronto radio station Newstalk 1010.

Wynne quickly rebuked O’Leary’s claims that Ontario’s tax rate was uncompetitive and would drive investment to neighbouring Michigan, which he said had a much lower tax rate and no regulations.

But is it true? Is Ontario less competitive than Michigan?

Not even close. This one earns a rating of “full of baloney.” The statement is completely inaccurate. Here’s why:

The Facts
Like individuals, businesses in Canada pay both federal and provincial taxes. The corporate rate for manufacturing firms is sometimes lower than for non-manufacturing companies, which is important in this context, since Ontario and Michigan are manufacturing hubs.

In 2006, the previous Conservative government cut the federal tax rate from 21 per cent to the current 15 per cent, hoping to attract foreign investment and create jobs. Ontario’s corporate tax rate, meanwhile, is 11.5 per cent, one of the lowest in Canada.

Added together, corporations in Ontario are taxed at a rate of 26.5 per cent, about 25 per cent when manufacturing incentives are factored in.

Similarly, companies in the U.S. pay both federal and state taxes. There are also tax breaks for the manufacturing sector. There is one key difference, however: state taxes can be deducted from federal taxable income.

In the U.S., the federal rate is 35 per cent, while state tax in Michigan is six per cent. The deduction results in a combined rate of 38.9 per cent, according to figures provided by Ontario’s Ministry of Finance. Manufacturing firms pay 35.4 per cent.

The result: Ontario’s corporate tax rate is between 10.4 and 12.4 per cent lower than that in Michigan.

What the experts say
When it comes to staying competitive and attracting investment, corporate tax rates are just one factor. Other considerations can include capital taxes, local regulations and the state of education, infrastructure and even health care.

Including other taxes associated with new investments, such as sales tax on capital purchases, Canada comes out better across the board than the U.S., said Jack Mintz, director of the University of Calgary’s School of Public Policy.

In a report published last year, international auditing firm KPMG ranked Canada first in the world as the most tax competitive country for business and second overall in terms of lowest business costs, behind only Mexico. The U.S. ranked 7th and 10th, respectively.

The report cited Canada’s low corporate tax rates, low sales taxes and “moderate” labour costs. It also said Ontario cities like Toronto, Barrie and Sault Ste. Marie were at a distinct advantage over Michigan cities such as Saginaw and Detroit.

Charles Ballard, a professor of economics at Michigan State University, said chronic underinvestment in other areas such as infrastructure and education have made it more difficult for would-be investors to set up shop in Michigan.

“If a country or a province has low taxes, but it doesn’t have workers with the required skills, then it will not be able to attract businesses in many sectors,” Ballard said.

“That’s a problem for us here in Michigan. We are below the national average in every measure of educational attainment.”

As for regulatory differences, both Mintz and Ballard said it’s extremely difficult to do a broad comparison across different jurisdictions because of the various factors involved.

One thing O’Leary referenced is how Ontario’s new cap-and-trade system for carbon emissions will affect the cost of doing business in the province, compared with places like Michigan that don’t have cap-and-trade or a carbon tax.

Ontario’s auditor general reported in November that cap-and-trade would cost consumers and businesses $8 billion by 2020. While not a tax on investment, Mintz said there’s little doubt it will make doing business there more expensive.

Another big unknown is what U.S. corporate tax rates will look like once Donald Trump is finished with them. The new president has said he wants to slash the federal tax rate by between 15 and 20 per cent. Should that happen, it would significantly alter the current landscape.

The verdict
Ontario’s cap-and-trade system is likely to increase the cost of doing business in the province, while the Trump administration’s promise to cut corporate taxes could put the squeeze on Canada’s efforts to attract outside investment.

But as things stand now, Ontario appears to be much more competitive than Michigan, with a more advantageous tax structure as well as other factors such as lower business costs, education and infrastructure.

For those reasons, O’Leary’s statement is “full of baloney.”

Note: The Canadian Press Baloney Meter is a dispassionate examination of political statements culminating in a ranking of accuracy on a scale of “no baloney” to “full of baloney”

No baloney: the statement is completely accurate.

A little baloney: the statement is mostly accurate but more information is required.

Some baloney: the statement is partly accurate but important details are missing.

A lot of baloney: the statement is mostly inaccurate but contains elements of truth.

Full of baloney: the statement is completely inaccurate.